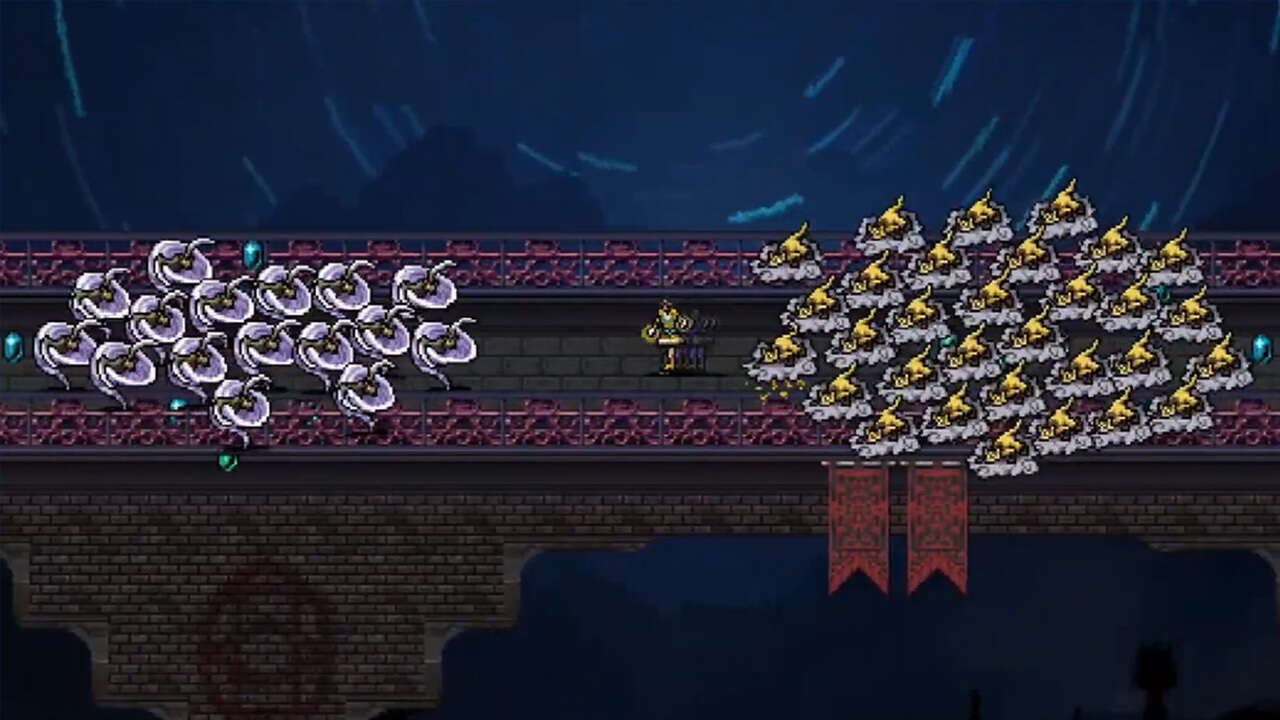 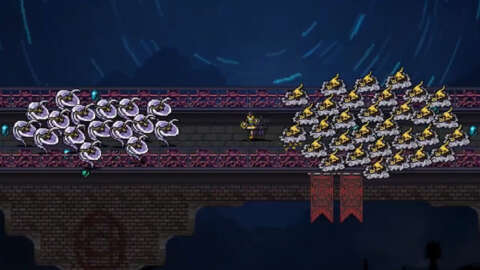 If you found yourself thinking you wish you had a good (or even bad) excuse to get away from the family on Thanksgiving, then this next Vampire Survivors update will help you do just that.

Dropping Thursday, November 24, the Vampire Survivors 1.10 Tiny Update is adding in a new stage, character, item, and more, which sounds like just the perfect amount of new content to dig into on Thanksgiving. The new stage is called “Tiny Bridge,” and is exactly what you think it is–a tiny bridge. “Two bloodthirsty factions battle atop a bridge, and our heroes find themselves caught in the middle,” a press release says of this new stage.

You’ll be able to unlock a new “secret” character too–Scorej-Oni–an “ancient creature” that gets a hidden lightning ring every eight levels. There’s a new item to add to your arsenal too, the seal power-up, which lets you banish an item from level-up choices, or a pickup from light sources.

There are two new achievements to be found, too, though they haven’t been named, and there are a variety of minor fixes, including the pause menu loading times being improved. Full patch notes will be available once the update is out tomorrow.

Vampire Survivors (a sleeper GOTY contender) recently joined Xbox Game Pass, making it easier to play than ever. The game left early access recently, and a lot of its success can be attributed to the regular, steady drip of content that has been added over the past few months.