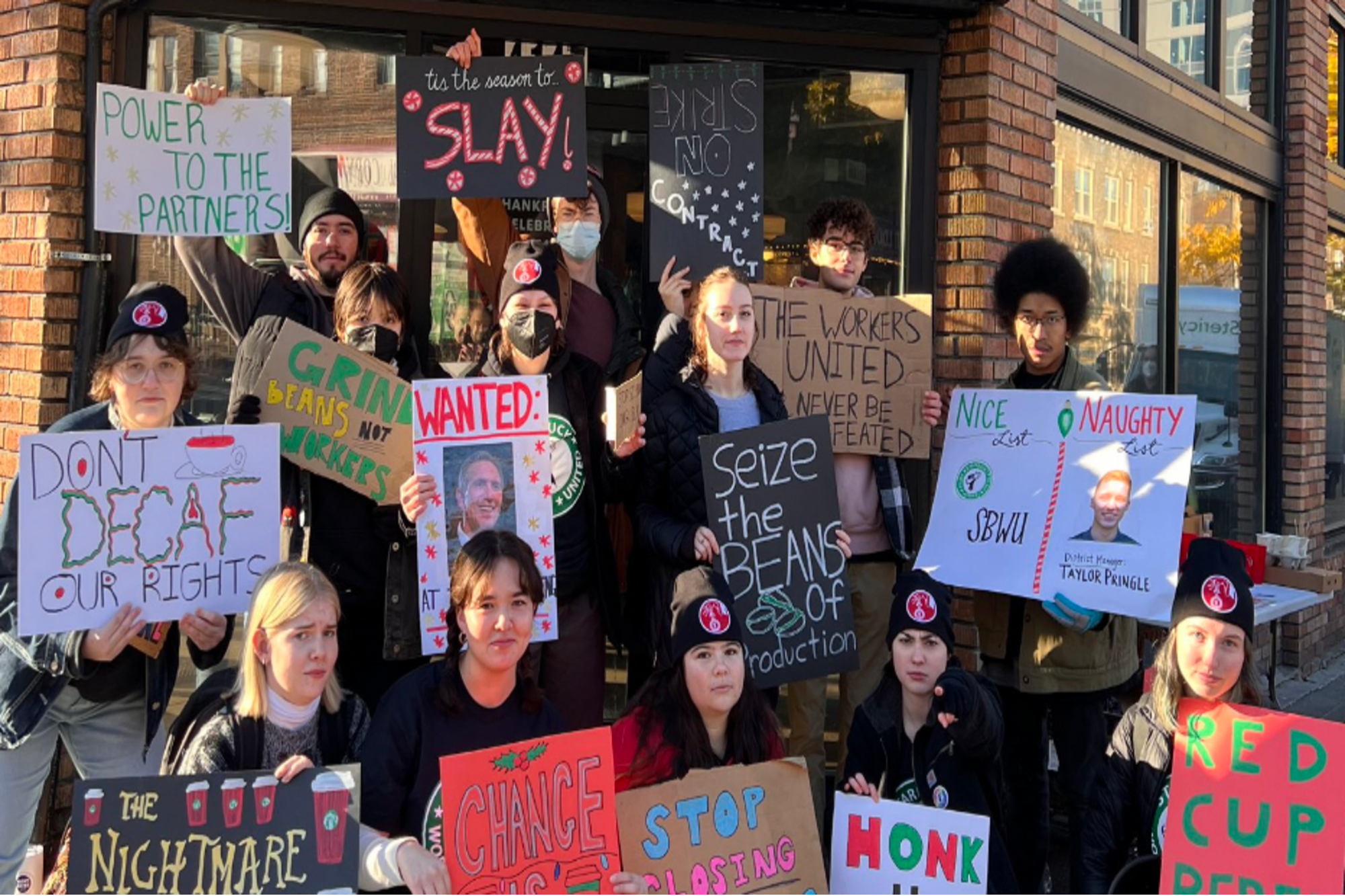 A beloved Starbucks holiday turned into means for demonstration by disgruntled workers as strikes broke out all over the country on Thursday.

Over 2,000 Starbucks employees at 112 locations went on strike during Starbucks’ Red Cup Day, a one-day event where customers can order any holiday-crafted beverage and receive that year’s special edition of a free, reusable red cup (while supplies last, of course).

The holiday often causes chaos with fans lining up before stores open to ensure they get their hands on one. But this year, chaos of a different kind reigned. Strikes organized by a national union decided to hit back at Starbucks and use the ever-popular day to drive their demands home amid an ongoing fight for national unionization for Starbucks stores that’s been met with much pushback.

Related: ‘What a Pleasant Surprise to Brighten My Morning’: Starbucks Is Giving Out Freebies and Customers Are Ecstatic

Throughout the day on Thursday, #RedCupRebellion trended on Twitter, with many posting in support of workers’ unionization efforts and others documenting scenes from the strikes.

Red cup day is Starbucks most profitable day of the year and despite all that profit, Starbucks is STILL refusing to work with the union. So @SBWorkersUnited is striking today. SUPPORT THE UNION. DON’T CROSS THE PICKET LINE. #redcuprebellion

We all need to show @Starbucks that we are FED UP with their treatment of workers! #redcuprebellion pic.twitter.com/oX65cMTjv3

We’re making a list and checking it twice! Union busters are naughty, not nice. A fair contract is coming to town! #redcuprebellion pic.twitter.com/W3LKJPdc0l

Starbucks is being accused of several anti-union actions, including retaliating against employees who expressed interest in creating or joining a union and offering additional benefits and raises to non-unionized stores.

The first-ever Starbucks store to unionize was one located in Buffalo, New York in December 2021.

Starbucks was down just over 14.3% in a one-year period as of late Thursday afternoon.