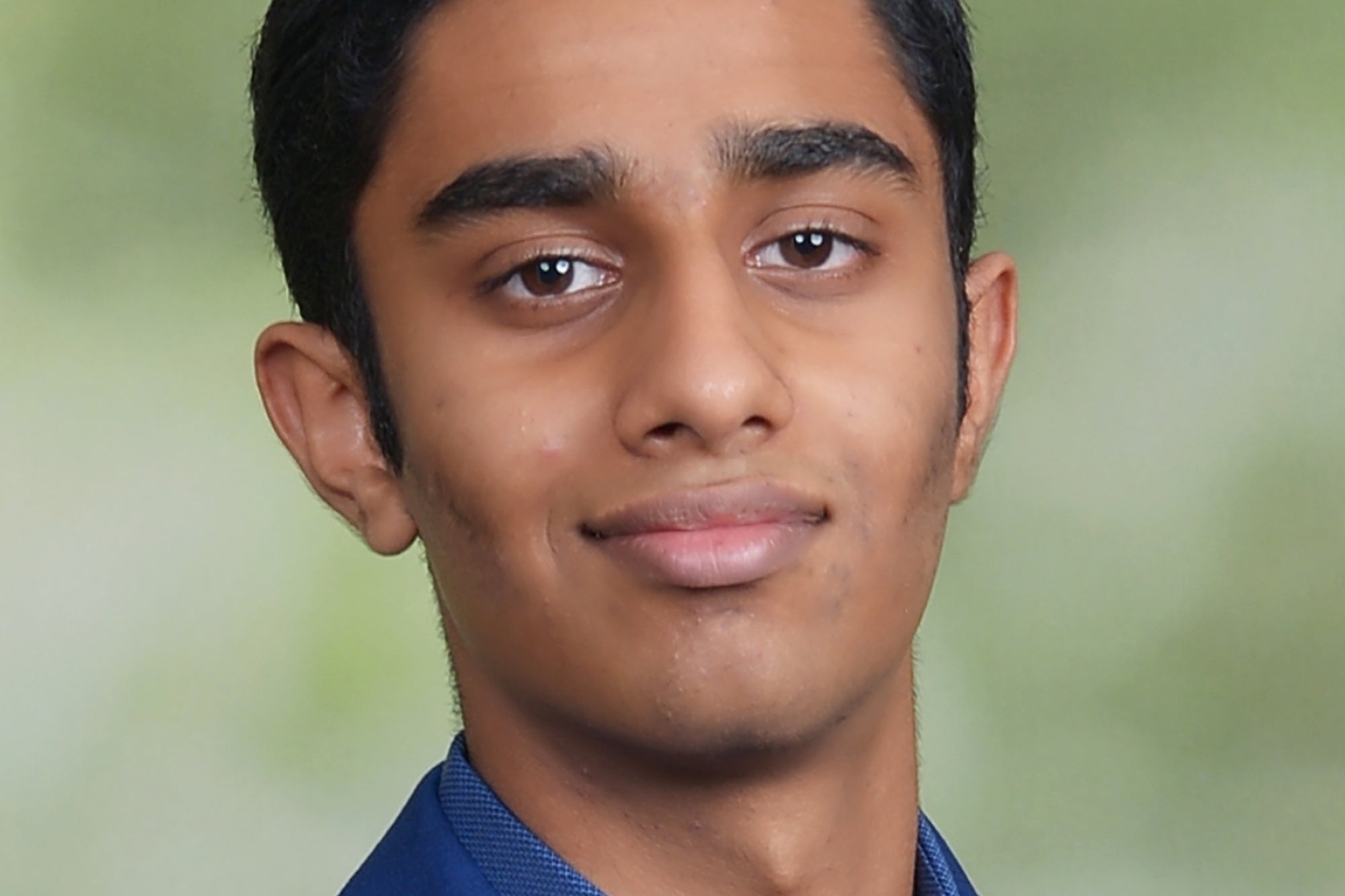 Nathan Elias, now the 17-year-old founder of the cutting-edge app InvasiveAI, was in fifth grade when he first recognized an algorithm’s potential to solve real-world problems. His own problem at the time? Math homework.

Determined to avoid completing 50 tediously long multiplication problems, Elias used Python to create a program that could do it for him.

But that was just the beginning.

As a freshman in high school, Elias encountered another problem in need of a solution while visiting his grandfather’s rice farm in Kerala, India. Because the farm is located in Kuttanad, a town that lies below sea level, it’s especially vulnerable when it rains or floods — an increasing issue with the shift in monsoon seasons.

That’s exactly what happened during Elias’s trip that summer.

“The floods actually brought in an invasive plant from the upper regions,” Elias tells Entrepreneur. “And that’s known as Giant Salvinia. My grandfather wasn’t able to identify that early enough, and as a result, that plant just overpopulated the entire farm.”

Elias began to learn more about invasive species, ultimately discovering just how many issues they cause across the globe — and realizing that AI could be the answer.

“But I realized that [if we could] identify invasive species via an image and predict where they’re going to go, that would be powerful.”

Initially, Elias had the idea to create an app that would allow users to identify an invasive species with just a photograph. But it soon became clear that InvasiveAI couldn’t compete with other platforms like iNaturalist in terms of scale. He considered what more he could do and eventually landed on geospatial prediction.

“It took a while to actually figure out which parts of AI I was using, because there are so many different aspects,” Elias says. “But I realized that [if we could] identify invasive species via an image and predict where they’re going to go, that would be powerful. That’s how I started experimenting with machine-learning models.”

But AI models need a data set to go off of, learning over time “just like the human brain,” so Elias had to tackle the challenge of building an invasive species database essentially from scratch.

Additionally, having only a handful of invasive species in the database wouldn’t have the impact Elias wanted to make. He knew he needed at least a couple of hundred — plus thousands of images for a clean, accurate model.

“I had to scrape all these images using a technique called web scraping,” Elias explains. “I created my own data set, and that took a while because you have to organize each image by each species.”

Building out that geospatial prediction also took a lot of time and effort because it’s not just based on coordinates: It also takes into account factors like climate and competition between invasive species and clusters. 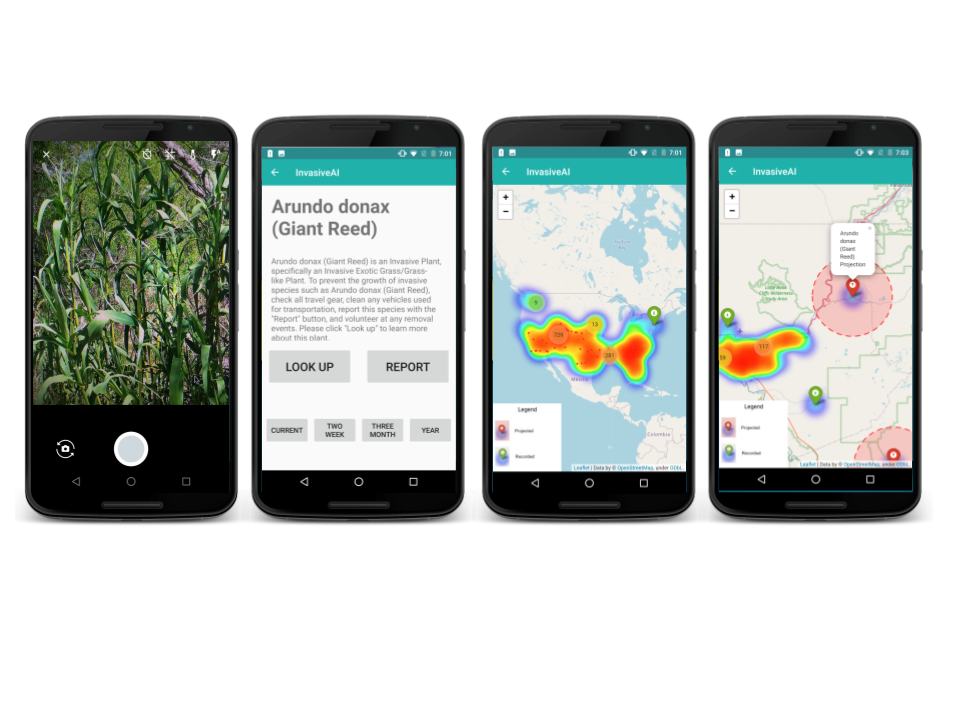 “I don’t want a farmer to identify an invasive species but then have no idea how to take action against it.”

Along the way, Elias also met with the Texas Master Naturalist program to pinpoint the specific impact invasive species were having and the specific problems that needed solving. You have to fully understand the problem to figure out what to do: “Live in the problem when you’re finding a solution,” Elias says.

Now, Elias is working on building out the app’s potential for connection — giving people the resources they need to effectively get rid of invasive species. It’s not as simple as recommending a one-size-fits-all pesticide; there’s too wide a range of invasive species, including plants, animals, insects and pathogens.

“I don’t want a farmer to identify an invasive species but then have no idea how to take action against it,” Elias says. “That’s pretty much the same as them not having a tool at all. Farmers definitely can get rid of invasives on their own, but if they don’t do it in the right way — if they’re not taking care — the invasive species can come back.”

Connecting farmers with a local university or removal group that has firsthand experience eradicating an invasive species helps ensure the issue remains resolved.

So far, InvasiveAI’s progress speaks for itself: The app has prevented and projected more than 10,000 cases of invasive species growth across all 50 states.

Elias has received funding and recognition from companies and organizations like Google, USAID, National Geographic and NASA. He’s also published his work in the scientific community and has been working with researchers at the University of Texas at Austin and the Lady Bird Johnson Wildflower Center. 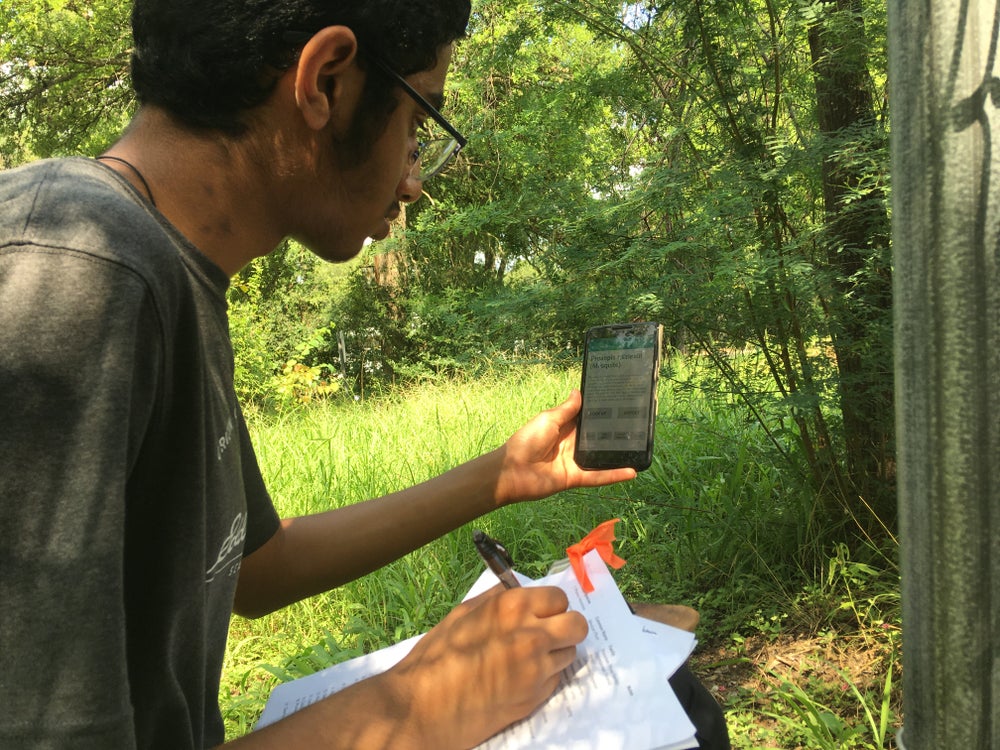 Related: 3 Lessons Entrepreneurs Can Learn From NASA About Organizational Design

Founder is just one of Elias’s current roles — he’s also still a high school student, finishing up his senior year at Liberal Arts and Science Academy (LASA), a public magnet school in Austin, Texas with an advanced curriculum. Being a student at LASA has helped Elias hone his time-management skills, he says, noting that he seizes every spare moment to continue his work on InvasiveAI.

“Summer, winter break, I’m just developing this app, spending a lot of time on it,” Elias explains. “But I really enjoy it — it’s a passion of mine. If you like something, then you’re going to do it automatically. That’s how it was for me.”

What’s next for Elias once he graduates from high school? It’s a question he gets a lot.

“And I don’t have a concrete plan,” Elias says. “But what I always say is that I’m looking for a place that cares about this idea that I have, because it’s been a huge part of what I’ve done in high school — it’s almost like going to debate club every day, but I’ve been working on this app.

“This is something that I care about,” he continues. “It’s a passion of mine. [So I’m looking for a] CS program that can offer me the skills to continue developing this, to create a better network. It doesn’t matter where it is, as long as I’m able to expand this app.”