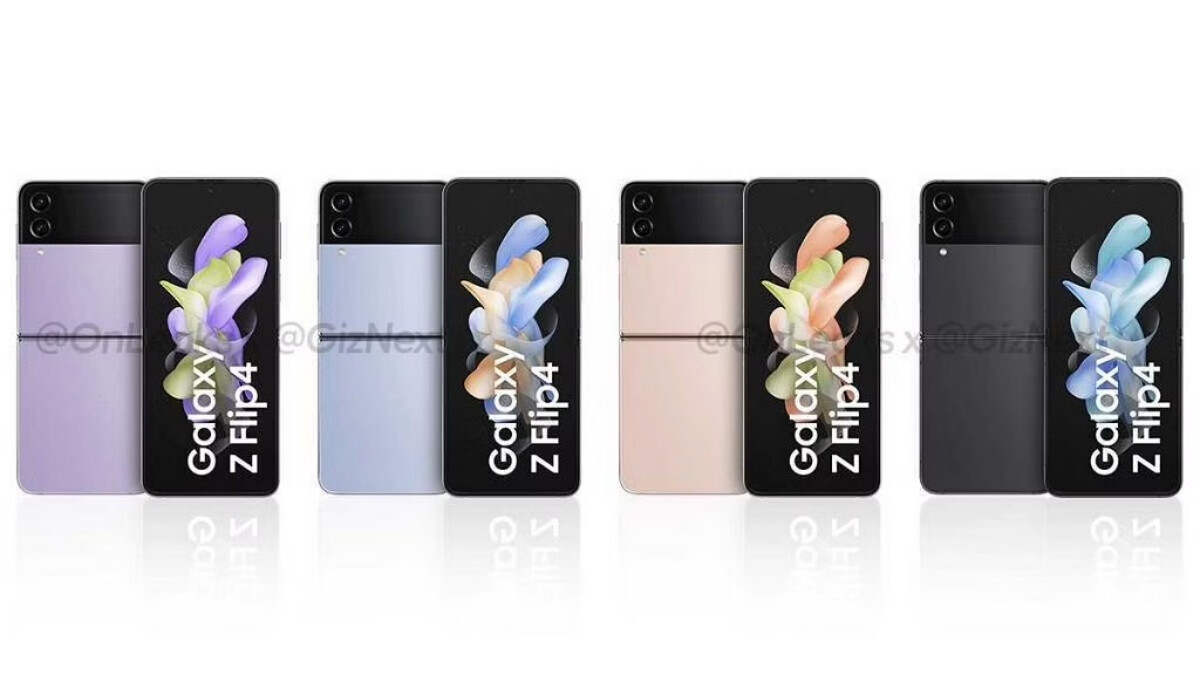 Leave it to Samsung to (inadvertently) uncover a key piece of the Z Flip 4 puzzle, a handset already confirmed to bring subtle refinements and a lot of color to the table instead of a radical redesign.

While the four main hues of this bad boy have been repeatedly rumored by rock-solid tipsters and even pictured in great detail just a few days ago, a bunch of other combinations made possible by an expanded Bespoke customization program are listed right now on a Care Plus-dedicated section of Samsung’s UK website.

“Full” might not be the right word to describe what you’re about to browse, as the Galaxy Z Flip 4 Bespoke edition was at one point rumored to cover a simply astounding grand total of more than 1,000 (!!!) chromatic combos. But here are 70+ of the models Samsung likely expects to sell like hotcakes soon, at least in the UK:
The first of those colors, in case you’re wondering, is the frame of the Galaxy Z Flip 4, which means that Samsung will add at least a gold option for that component to the black and silver already offered in the Z Flip 3 Bespoke “Studio.”

Even the all-gold Z Flip 4 looks decidedly eye-catching with that black camera section and everything.

Then you have the phone’s front and back parts, which will be coated in various combinations of green, navy, red, white, and yellow depending on your individual preference and style. Given that the Z Flip 3 already comes in five front and back colors of its own (blue, pink, yellow, white, and black), we can safely assume that Samsung has many more options in the pipeline for the Z Flip 4 that are likely to prove slightly less popular than the above. Oh, and as far as internal storage goes, your choice will apparently be between 128 and 256GB.

They say that when it rains, it pours, which definitely checks out as far as Samsung’s little slip-up here is concerned. This is anything but little, in fact, also revealing these three main Galaxy Z Fold 4 models set to be made available soon with your choice of 256 or 512 gigs of local digital hoarding room:

This is the Phantom Black Z Fold 4 from every angle.

And these Galaxy Watch 5 variants with and without standalone cellular connectivity:

Finally, here are the only two Galaxy Watch 5 Pro flavors seemingly in the pipeline (also coming with and without built-in 4G LTE support):