The true Brexit divide is now between pragmatists and zealots 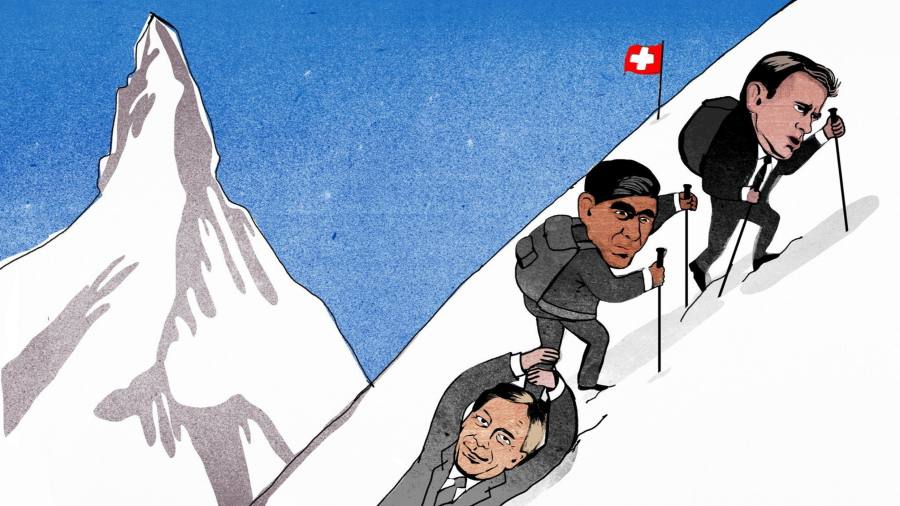 Oh the horror. A senior government figure mentions a “Swiss-style” arrangement as he muses privately about how to make Brexit work better for business. Cue denunciations from Tory hardliners and instant disavowal by the prime minister.

Rishi Sunak had little choice. He may be an original Leaver, one who can utter the phrase “exploit the economic opportunities of Brexit” without a trace of irony, but his paranoid and fractious MPs still question his faith.

The musing was less a secret plan than a vague medium-term aspiration to reduce trade barriers. There are, anyway, numerous problems with the Swiss model of selected access to the single market, not least that the EU hates it. Another is that the UK would still want to strip out free movement of people, European Court of Justice oversight and automatic alignment with EU rules. A third is that the EU is not too concerned about changing the deal.

Those Brexit ultras screaming betrayal know this. But what really worries them is that such talk, along with Sunak’s desire to resolve the conflict over the Northern Ireland protocol and seek a better relationship with the EU, suggests a drift towards compromise. For the ideologues who play to the grassroots gallery, practicality and economics always rank below purity of principle.

This all points to what is now the most important Brexit split, one that also afflicts the Labour party. The key divide is no longer between Leavers and Remainers, but between those keen to make Brexit work better and those who have no interest in doing so.

One should not overstate Tory pragmatism. Sunak is an ideological Brexiter who sees regulatory divergence as a primary benefit of leaving and prioritises the freedom to strike trade deals, even though their limitations are increasingly apparent when weighed against the loss of EU trade. He resists reforms such as joining the sanitary and phytosanitary regime that would resolve most of the Northern Irish trade issues. Extra regulatory burdens are placed on businesses by replacing EU certification such as the CE mark on industrial and electrical goods or the chemical Reach regulations with British alternatives.

Even so the mood music suggests tentative steps towards a healthier relationship. In Sunak, Jeremy Hunt, the chancellor, and Michael Gove, the levelling up secretary, there are leaders who have previously resisted the most damaging purist positions. But it is unclear how much real change Sunak has either the appetite or the strength to secure. Tory fear of Nigel Farage further limits room for manoeuvre before an election.

Failure to address Brexit’s worst effects aids those who wish to reverse the whole project and this has become more pressing since the Truss government helped voters draw a connection between Brexit and economic weakness.

On the Labour side, Keir Starmer opposed Brexit so has none of the ideological objections to compromises. Yet, to reassure the Leave voters he needs to win back, he has ruled out rejoining the single market. His focus is on a more constructive relationship and modest reforms. His mantra is “make Brexit work”.

Yet Starmer faces his own ultras. Labour’s many rejoiners do not want to make Brexit work. They point to the Office for Budget Responsibility assessment that Brexit will cost 4 per cent of gross domestic product over the long run and the small businesses abandoning trade with the EU because of the extra cost and regulation. For them, Starmer’s resistance to a full-throated campaign to rejoin the single market is a shameful failure. The Brexit backlash is growing. Why diminish the momentum by making it bearable?

But this is to ignore the political arguments. To rejoin the single market is to accept again free movement of people, ECJ oversight and alignment with EU laws the UK has played no part in shaping. The economic arguments are powerful, but so are the policy obstacles.

Nor are the polls as clear as some imagine. While all indicate rising Brexit regret and some show support for rejoining, others suggest a more nuanced picture. A detailed study for the Tony Blair Institute showed that though 70 per cent want a closer relationship, only a third support rejoining the single market. Blair’s conclusion is that Brexit “will not be undone under this generation of political leadership”.

It has become common for rejoiners to talk of a “conspiracy of silence” among politicians and the media over Brexit’s failures. This is hardly true, but for very different reasons Labour and the Tories have an electoral interest in not dwelling deeply on them.

But Labour could do more, not least in looking to 2025 when the Brexit trade deal is up for review. It could be bolder and more strategic in the improvements it seeks. These ought to include business and youth visas. The UK could align with veterinary rules, seek specific sectoral deals and push for mutual recognition of professional qualifications, which is a matter for nation states rather than the EU. As a party less interested in removing protections on the environment or workers’ rights, Labour might find voluntary alignment easier to secure.

This is far less than rejoining, but a quiet drive for incremental changes may be the best hope of easing the economic damage. For now, the UK is served by two main parties which both know that Brexit is making the country poorer but whose focus is on damage limitation. But then, muddling through is a very British instinct.