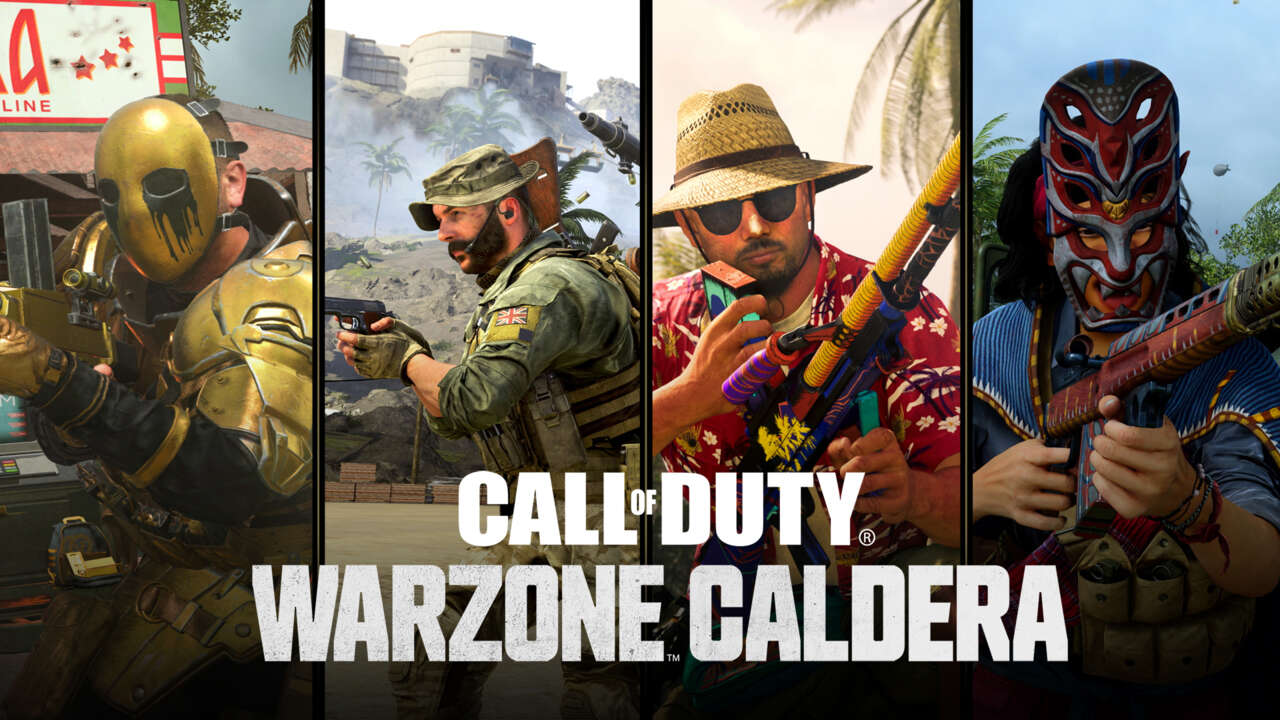 [UPDATE] The original Call of Duty: Warzone is now officially offline. GameSpot attempted to play the original Warzone on Xbox today and we were not able to. The game instead directs players to Warzone 2.0, which launched today, November 16.

Activision is marking the end of Warzone, too, with a Twitter post asking fans to press F to pay respects, leaning into the popular meme. Warzone will be offline for 12 days, returning November 28, if all goes to plan. Activision will continue to support the game, but the extent to which it will do so is unknown.

The original story is below.

With Call of Duty: Warzone 2.0 launching on November 16, fans of the original Warzone might be wondering what’s going to happen to that title going forward. Activision has now revealed the details, confirming in a blog post that it will be rebranded Call of Duty: Warzone Caldera, and the game is losing a number of features and functionality. Activision also confirmed that any cosmetic items you may have purchased for the original Warzone will not carry forward to the new title.

On November 16, the day that Warzone 2.0 launches, the original Warzone will be taken offline starting at 8 AM PT / 11 AM ET. Warzone 2.0 will launch that day at 10 AM PT / 1 PM ET, and during this time, the developers will focus on getting the new game up and running.

Assuming things go to plan and Warzone 2.0 proves to be “fully stable,” and after a “small development break for Thanksgiving” in the US, Warzone will relaunch as Warzone Caldera at 10 AM PT / 1 PM ET on November 28. In total, the game will be offline for about 12 days, assuming everything goes to plan.

Activision is giving all OG Warzone players “a few items” to use in Warzone 2.0 as a thank you for their support over the years.

The blog post also confirms what players had suspected: none of the cosmetics players unlocked or purchased for the original Warzone will carry forward to Warzone 2.0. Activision said this is happening “due to a combination of feedback from the community, technical limitations, and a need to simplify the next and newest Warzone to create a seamless player experience moving forward.”

In Warzone Caldera, all progression and battle pass content, as well as purchases, will only be available in that game. None of what’s coming to Warzone 2.0 will be supported in the original game. Additionally, any double XP tokens players have for the original Warzone won’t carry forward, nor will any battle passes or store bundles. Additionally, Activision confirmed that Warzone Caldera will not have an in-game store, but any COD Points players have will transfer to Warzone 2.0.

Activision is seemingly making all these changes to Warzone to encourage people to play Warzone 2.0. For more on that game, check out a rundown of what’s new in the battle royale sequel.

New Call Of Duty: Modern Warfare 2 Playlist Lets You Play Like The Pros

Jets’ James Robinson not happy after healthy scratch vs. Bears: ‘I didn’t come here not to play’

Is Your Hybrid Model Working? Use These Success Metrics to Find Out.