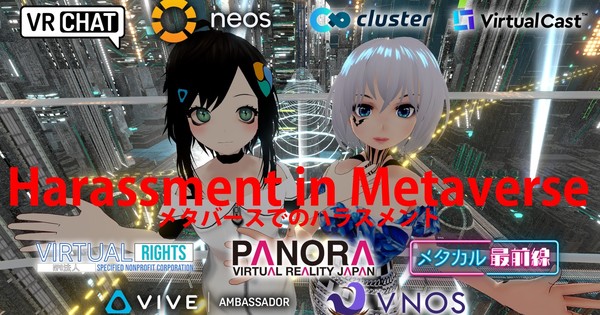 Female-presenting avatars were the most common targets, regardless of user’s gender identification 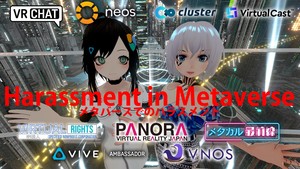 Independent Japanese Virtual YouTuber “Virtual Bishojo Nem” and the Swiss VTuber anthropologist “Mila” (Liudmila Bredikhina) announced the results of their large-scale quantitative survey last Tuesday. The survey, which was conducted in both English and Japanese, found that almost half of respondents reported that they have experienced harassment in VR—a higher proportion than social media and online games.

Female-presenting avatars were the most common targets, with 51% of respondents citing that as the reason they experienced harassment. This was the case regardless of the user’s gender identification, with less than a single % difference between male and female users. On the other hand, users assigned female at birth (defined as “biological females” in the study) did report a higher than average rate of harassment overall; 69.1% of AFAB users said they experienced harassment compared to 52.6% of AMAB users.

The survey received 876 answers; 84.8% of respondents were based in Japan, while 8.7% were in North America, and 4% were in Europe. Notably, members of the LGBTQ+ community (referred to as “sexual minorities” in the study) cited a higher rate of harassment in North America relative to other countries, with 31.5% reporting a harassment experience compared to 8% in Japan. 92.1% of North American respondents also reported that they had witnessed someone else be harassed compared to 66.4% in Japan, indicating a relatively greater visibility of the problem.

On the other hand, most respondents appeared to have a stoic attitude towards the issue. Overall, roughly 83% of the harassment reported by the survey respondents affected them negligibly or only slightly. Although 86% said they want a safer Metaverse, 77% opposed intervention through legislation. Instead, they preferred platforms to enforce their own guidelines, as well as flexible tools for curation and self-protection.

The “Harassment in Metaverse” survey specifically focused on users of social VR platforms such as VRChat, RecRoom, and Neos VR, etc. who use a head-mounted display at least five times in the last year. The Japan-based NPO Virtual Rights group is an official supporter of the project, along with the VNOS Corporation which develops VR support for businesses. VR and metaverse-focused news outlets PANORA and Metacul-Frontier are also supporters of the survey.

“Harassment in the Metaverse” is Nem and Mila’s third research project. They conducted their first survey, “How did COVID-19 accelerate virtual communication?” in 2020, and their “Social VR Lifestyle Survey” in 2021.

Online harassment has gained significant media attention since the death of wrestler and reality TV star Hana Kimura to suicide in May 2020. Private businesses, including Bushiroad and NIJISANJI, have also launched anti-harassment initiatives in the wake of the tragic incident. Japan’s Ministry of Internal Affairs and Communications (MIC) runs the #NoHeartNoSNS anti-online harassment campaign.