Matt LaFleur explains decision to cut Kylin Hill: ‘Being a member of the Green Bay Packers, it’s a privilege’ 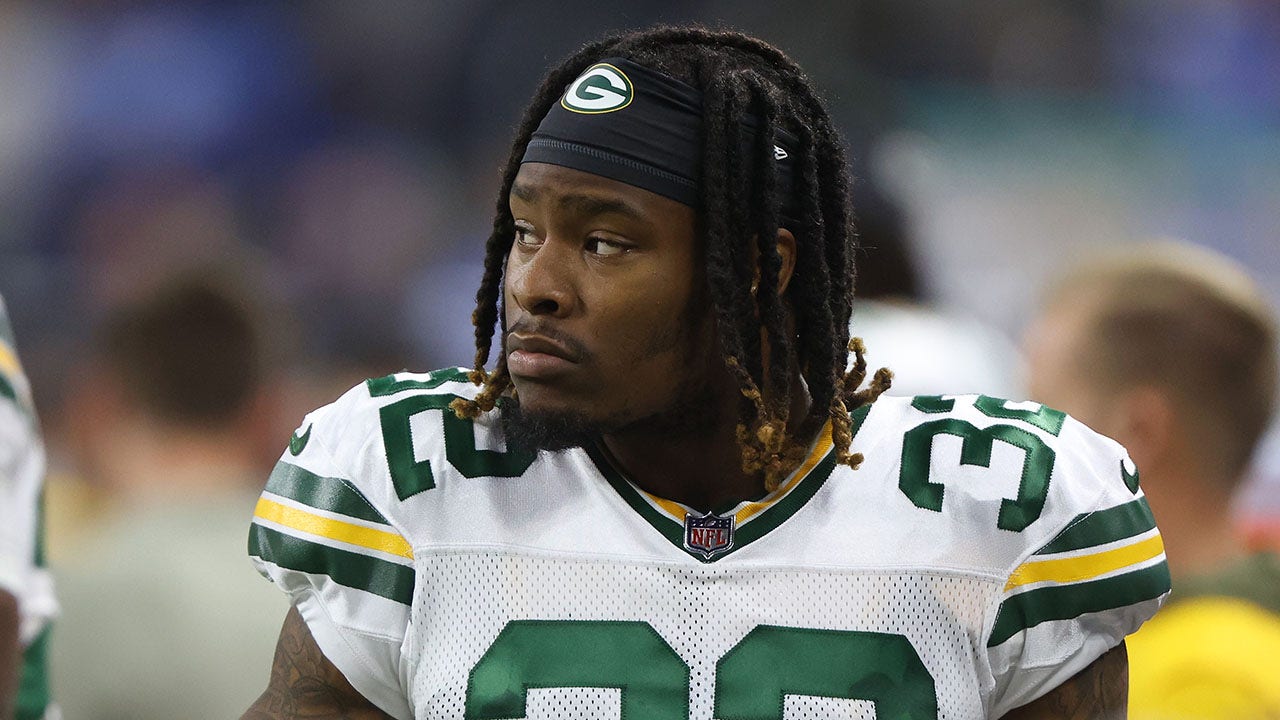 The Green Bay Packers parted ways with two players this week following Sunday’s victory over the Dallas Cowboys but head coach Matt LaFleur offered two drastically different reactions to the pair of releases, seemingly reminding one player that being a member of the Packers’ organization is a “privilege.”

During Tuesday’s availability with the media, LaFleur was asked about the Packers decision to move on from running back Kylin Hill, a seventh round draft pick who played in just one game this season after coming back from a significant knee injury in his rookie season.

Kylin Hill, #32 of the Green Bay Packers, rushes against the Detroit Lions during the second half at Ford Field on Nov. 6, 2022 in Detroit.
(Rey Del Rio/Getty Images)

“It’s a tough deal but I would say this – being a member of the Green Bay Packers, it’s a privilege. And there are standards and expectations that are placed on every member of this team that we expect guys to live up to,” LaFleur said.

PACKERS’ AARON RODGERS MAKES CASE TO MOVE AWAY FROM TURF FIELDS: ‘TIME TO GO ALL GRASS’

“I appreciate what Kylin’s been through, I know it hasn’t been easy coming back from that knee injury that he suffered a year ago, that was a pretty devastating hit. He’s a guy that we had some high expectations for, and I realize that he is in a loaded room, but regardless of your role, no matter how big or how small, we expect guys to come to work and just be supportive and own that role to the best of their ability. And when you don’t do that, this is what happens.”

Green Bay Packers running back Kylin Hill, #32, is seen during the first half of an NFL football game against the Detroit Lions in Detroit on Sunday, Nov. 6, 2022.
(Jorge Lemus/NurPhoto via Getty Images)

As a rookie, Hill suffered a season-ending knee injury during a Week 8 game against the Arizona Cardinals. He started this season on the reserve/physically unable to perform list and was activated earlier this month.

In his lone appearance this season against the Detroit Lions, Hill recorded just one carry for seven yards.

LaFleur was pressed further and asked if the decision to release Hill was “less about football” and more about “things outside the field.”

By contrast, the coach raved about second-year wide receiver Amari Rodgers, who was released after he fumbled a punt return on Sunday to set up a Dallas touchdown.

“That one hurts a lot just in terms of because I know how much this meant to him. And he did everything we asked him to do. He was a great teammate. He worked his tail off,” LaFleur said.

“You could see him really growing, just in terms of overall knowledge, but we are in a production based business. And it’s unfortunate, it truly is. I feel for him. He’s a guy that I got a lot of respect for and care for deeply. And I’m confident that he’s going to get another shot. Sometimes that’s the best thing for guys in this league. You go through a little adversary, you get a fresh start somewhere else – I wish him nothing but the best.”

Rodgers has had five fumbles this season and lost two of them. He had 20 punt returns for 139 yards and four catches for 50 yards.

Labour calls for new election after humbling Conservatives in Chester