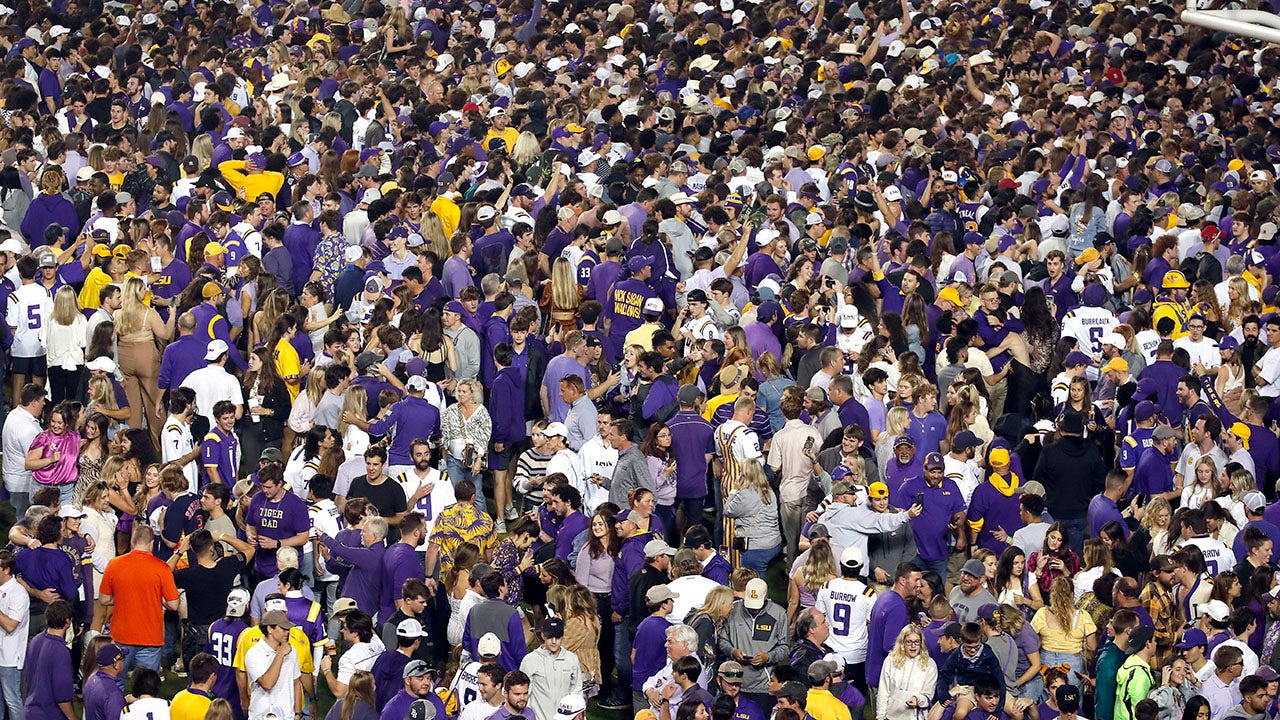 LSU stunned Alabama in overtime on Saturday night in a key SEC matchup that will have a lasting effect on how the College Football Playoff rankings will likely shake out in the end.

While the Tigers’ play-calling was the talk of the 32-31 overtime win, the students were the ones who made waves once the 2-point conversion was scored. LSU wrote on Twitter that the fans’ reactions to some key scores showed up on the school’s College of Science seismograph.

Jayden Daniels ran for a 25-yard touchdown in overtime and then found Mason Taylor for the game-winning conversion. Fans immediately rushed the field after the score and LSU’s head coach Brian Kelly picked up a signature win over Alabama and Nick Saban.

“I had never beaten Alabama,” Kelly said afterward. “I was emotional, not for myself, but I was emotional for our team. Because I know what we looked like in January and to see where we are today, that’s pretty emotional.”

Alabama scored first in overtime thanks to a Roydell Williams touchdown. But it was Daniels, a transfer from Arizona State, who picked up the touchdown and the conversion. Daniels said he didn’t want to go into a second overtime.

“I felt comfortable with the play,” Daniels said. “If it wasn’t there, hopefully I could make something of it with my legs. But I was able to give Mason a ball he could catch and the rest is history.”

The next College Football Playoff rankings will be released Tuesday. LSU moved up from 15th to seventh in the latest AP Top 25 poll behind Tennessee and Oregon. The team, with wins against Alabama and Ole Miss, could be catapulted into the top four at the end of the season and become the first two-loss team to enter the playoff.

The LSU fans’ reactions to some key scores showed up on the school’s College of Science seismograph.
(AP Photo/Tyler Kaufman)

Arkansas, UAB and Texas A&M are still left on their schedule.

Share
Facebook
Twitter
Pinterest
WhatsApp
Previous article
Where Can You Where Can You Pick Up a Classic Thanksgiving Meal To-Go? | FN Dish – Behind-the-Scenes, Food Trends, and Best Recipes : Food Network
Next article
Drew Barrymore shares her 5 most vital everyday essentials

Pelé responding well to new treatment after recent scare: ‘A lot of hope’

Most crypto companies will ‘crash’ after years of industry Ponzi schemes: Palantir co-founder