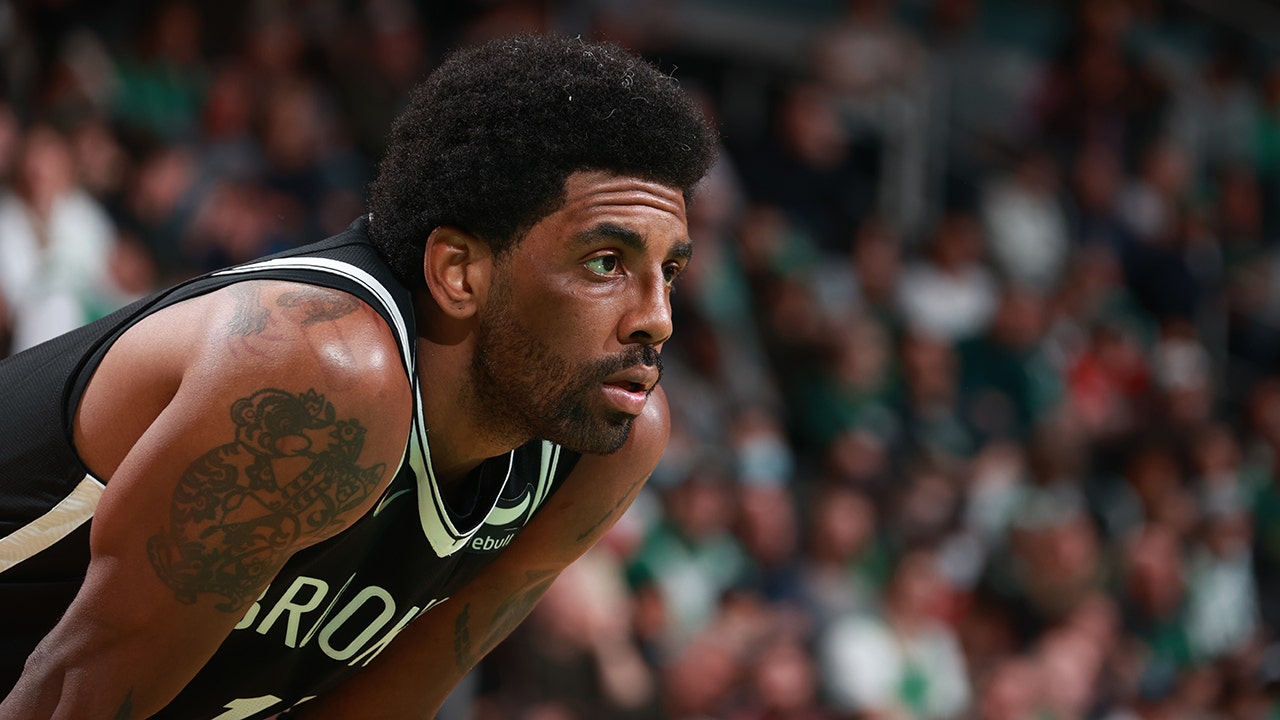 Kyrie Irving is reportedly reaching the end of the six-step program the Brooklyn Nets ordered him to complete to return to the court. And his return could come Sunday at home against the Memphis Grizzlies.

ESPN reports that Irving will miss the Nets’ game with the Portland Trail Blazers on the road Thursday night, but his suspension, which will reach eight games Thursday, is apparently close to an end.

The National Basketball Players Association has been working closely with the Nets and Irving to end the suspension. ESPN reported that Irving is “taking ownership of the process, which is what the Nets and league hoped would be the case.”

“Kyrie is continuing his journey of dialogue and education,” NBPA Executive Director Tamika Tremaglio told ESPN. “He has been grappling with the full weight of the impact of his voice and actions, particularly in the Jewish community.

“Kyrie rejects antisemitism in any form, and he’s dedicated to bettering himself and increasing his level of understanding. He plans to continue this journey well into the future to ensure that his words and actions align with his pursuit of truth and knowledge.”

The six-step program for Irving is as follows, via The Athletic:

NETS ALLOW 153 POINTS TO KINGS AS CHARLES BARKLEY RIPS TEAM: ‘THIS IS A WASTED FOUR YEARS FOR THESE GUYS’

Many have debated whether the Nets are going overboard with their punishment after Irving’s decision to post a link to an antisemitic film.

Kyrie Irving of the Brooklyn Nets during Round 1 Game 4 of the 2022 NBA Playoffs April 25, 2022, at Barclays Center in Brooklyn.
(Nathaniel S. Butler/NBAE via Getty Images)

NBA commissioner Adam Silver, who is Jewish, had a lengthy meeting with Irving. He came away saying Irving is not prejudiced against Jewish people. However, Silver said he understood the Nets’ suspension due to the “uncharted territory” the team was navigating.

Nike co-founder Phil Knight also made comments about the situation, saying the relationship between the apparel company and Irving would be terminated.

“Kyrie stepped over the line,” Knight told CNBC in an interview. “It’s kind of that simple. So, he made some statement that we can’t abide by, and that’s why we ended the relationship. And I was fine with that.”

Brown clapped back on Twitter, saying, “Since when did Nike care about ethics?” Irving was making a reported $11 million from Nike, and the company was getting ready to release the latest Kyrie basketball sneaker.

Kyrie Irving of the Brooklyn Nets during a game against the Boston Celtics March 6, 2022, at the TD Garden in Boston.
(Nathaniel S. Butler/NBAE via Getty Images)

The description of the movie on Amazon that Irving posted says the film “uncovers the true identity of the Children of Israel by proving the true ethnicity of Abraham, Ishmael, Isaac, Jacob, the Sons of Ham, Shem and Japheth. Find out what Islam, Judaism and Christianity has covered up for centuries in regards to the true biblical identity of the so-called ‘Negro’ in this movie packed with tons of research.”

Irving later apologized “to All Jewish families and Communities” hurt by his post but only after the Nets suspended him.

Scott Thompson is a sports writer for Fox News Digital.

Bills call up familiar face from practice squad before game vs. Patriots

Bills call up familiar face from practice squad before game vs. Patriots