Jon Rahm rips Official World Golf Ranking over ‘laughable’ changes: ‘I think they have made a mistake’ 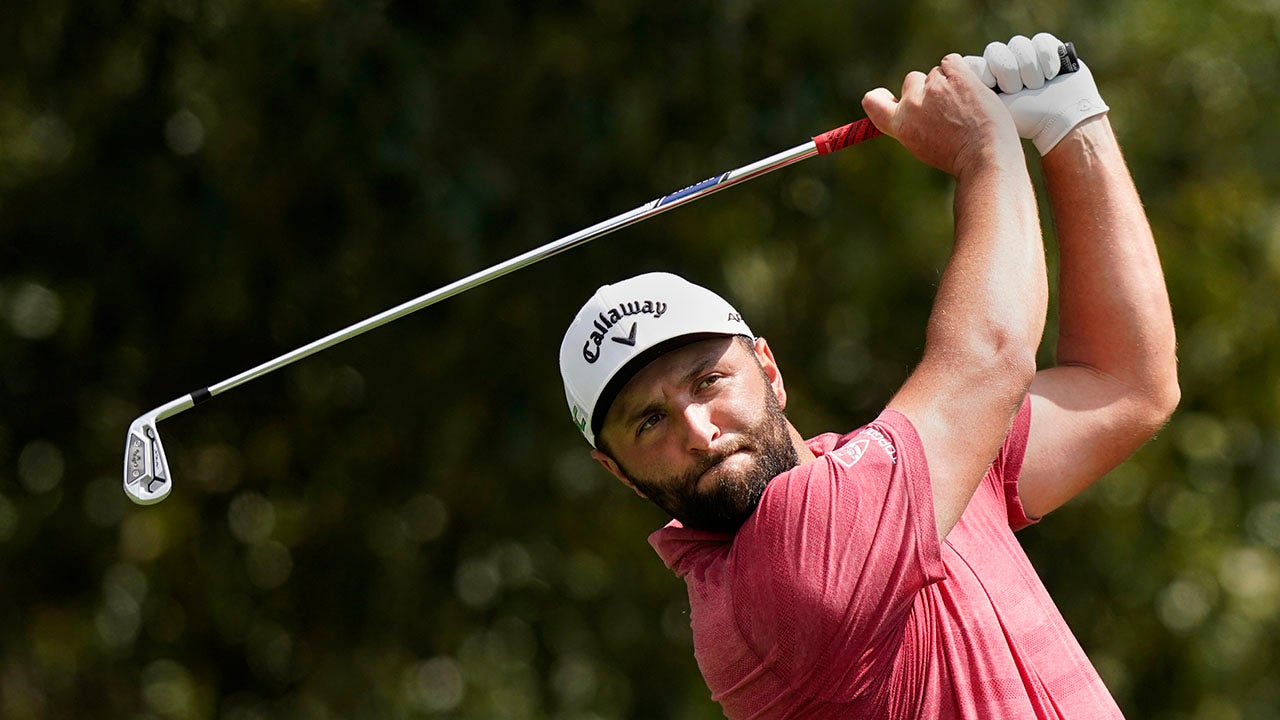 The battle between LIV Golf and the PGA Tour over Official World Golf Ranking points remains at a stalemate, but eight-time European Tour winner Jon Rahm added to the conversation, this time taking issue with the system as it relates to DP World Tour events.

Speaking ahead of the DP World Tour Championship in Dubai on Tuesday, Rahm gave his honest opinion about the changes to the system, which went into effect in August and favor tournaments with larger fields.

Jon Rahm, from Spain, shoots on the fifth tee during a practice round ahead of the U.S. Open golf tournament, Tuesday, June 14, 2022, at The Country Club in Brookline, Mass.
(AP Photo/Charlie Riedel)

“I think the OWGR right now is laughable. Laughable. Laughable,” Rahm said, via Golf Channel. “The fact that the RSM (Classic — a PGA Tour event) doesn’t have any of the top 25 in the world and has more points than this event where we have seven of the top 25 is laughable. The fact that Wentworth [the BMW PGA Championship] had less points than Napa [the PGA Tour’s Fortinet Championship] despite having players in the top 10 in the world is laughable.”

He continued: “I understand what they are trying to do with the depth of field, but having the best players in the world automatically makes the tournament better. I don’t care what their system says. I think they have made a mistake. I think some aspects of it might be beneficial, but I think they have devalued the value of the better players.”

Rory McIlroy, currently the world No. 1, was also asked about this and if he thought it was fair.

Rory McIlroy of Northern Ireland plays a shot during a pro am prior to the start of the CJ Cup at Congaree Golf Club on October 19, 2022 in Ridgeland, South Carolina.
(Gregory Shamus/Getty Images)

“I think it’s the fairest system that you can come up with right now. And a lot of work went into that, five years of algorithms and analysis and work went on into the system, so it’s not as if it changed overnight,” he said, via GolfMagic.

McIlroy also stated that he believes the size of the field does matter, regardless of the rankings of those competing.

“So the reason that this has got [22] points and the RSM has got [38] is the person that wins the RSM has to beat 139 other guys. You only have to beat 49 other guys here. It’s a much fairer system. I think it rewards people that — it’s pure numbers.”

The contrast between the two top-ranked players highlights the continuing disruption in the world of golf. Rahm even spoke to LIV Golf and their push to get ranking points, saying he’s not opposed to it — if handled correctly.

Jon Rahm hits from the fairway on the third hole during the final round of play in the Tour Championship golf tournament at East Lake Golf Club, Sunday, Sept. 5, 2021, in Atlanta.
(AP Photo/Brynn Anderson)

“I’m not necessarily against it, but there should be adjustments. If your requirement is to have World Ranking points is 72 holes and a cut, maybe you don’t award them 100% of the points since they are not fulfilling all of the requirements,” he said Tuesday, via Golf Digest.

“They do have some incredible players. To say that Dustin (Johnson) wasn’t one of the best players this year would be a mistake. So I think they could be awarded. I just don’t know how we work it out. I don’t know if they necessarily deserve 100%.”