Joe Biden’s time for choosing is getting near 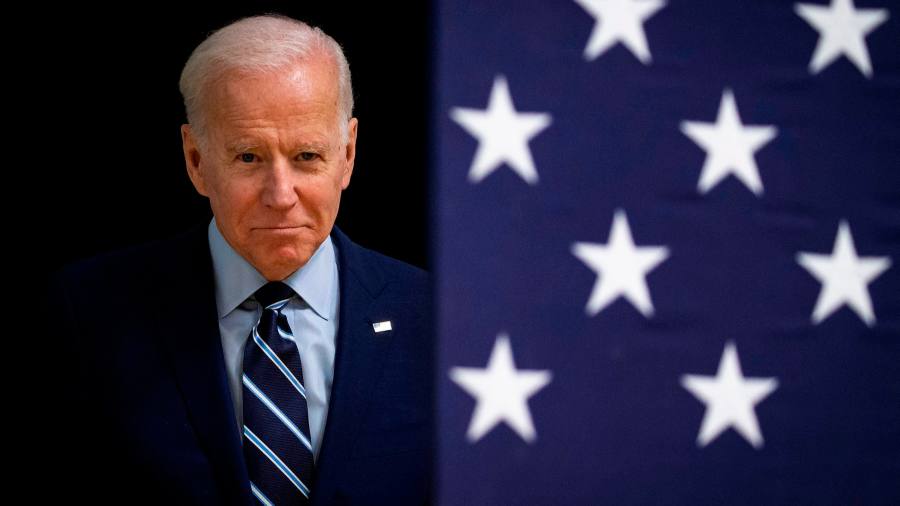 When he heard George Washington would step down as America’s first president, King George III said: “If he does that, he will be the greatest man in the world.” To be fair, Washington was much younger than Joe Biden today and could have continued for as long as he wanted.

Biden nevertheless has a chance to earn history’s affection and his country’s respect by avoiding what would surely be a painful second term. All political careers end in failure, someone said. The exception would be those that end at a moment of their choosing.

The time for such a self-denying declaration by Biden is so good that it is almost certain not to happen. It is hard to think of a presidential year since the mid-1980s that has gone as well as 2022 has for Biden. He began it on a slow funeral march. Insiders had written off his chances of passing meaningful legislation. His foreign policy was in disarray after the previous summer’s botched Afghanistan withdrawal. And a midterm election wipeout for Democrats was taken as read.

Biden ends the year with the west more united than since the end of the cold war, the best midterm results for an incumbent’s party in 20 years, a flurry of weighty new laws and declining angst about the future of the US republic. Which is precisely why he wants to run for office again — and will probably announce his intention in January. Biden has been prepping all his life for this role. Why would he quit now when it is going so well?

The answer is that the road from here goes downwards. It is likely that Biden would win re-election in 2024 if Donald Trump were his opponent. A world of pain would still await him on the other side.

Political instinct may be one of the last faculties to blunt, especially for a life-long pro like Biden. But his gaffe rate is worse than it was two years ago. He flubs his lines more often and misremembers things, such as when he confused the Iraqi city of Fallujah with the recently liberated Ukrainian city of Kherson.

Who cares, say Biden’s defenders? Trump refused to visit a second world war cemetery because it was full of “losers” and wanted to dig a moat along the Mexico border and infest it with alligators. What’s a little ageing compared to world-class malignancy? Besides, Trump would be 82 at the end of a putative second term, only slightly less than Biden’s 86.

The problem with that line of argument is that it ignores what most US voters keep saying. Forget the others: a majority of Democrats want Biden to step down. They may be alert to something that Washington’s professionally conflicted consultants are paid to ignore — a person’s waning ability to do any kind of job in their mid-eighties. No credentials are needed to perceive the brute reality of ageing. Indeed, if Washington’s indifference to Biden’s age is any clue, insiders wear blinkers. There are worse things than worrying about a president’s stamina.

The calculation shifts if Biden’s opponent were a generation younger, such as Florida’s Ron DeSantis, who will be 46 at the next election, or former governors like Nikki Haley (52) or Chris Christie (62). Biden would discover his opponent’s age too late for other Democrats to enter the fray.

A White House bid takes months to prepare — a lead time that is even longer than in Washington’s day. A dozen or so ambitious Democrats are in suspension while Biden decides. The idea that the Democrats have a thin bench is wrong. Many have good credentials. The same is true of the likely Republican line-up.

Biden’s secret weapon is that he is so often underestimated. He showed that again this month. Washington’s pundit class is now overcompensating by assigning him powers that transcend actuarial considerations. They are also missing the wood for the trees.

A Biden victory in 2024 would set up a Republican recapture of the White House in 2028. A new Democratic president, on the other hand, would start with a clean slate for re-election.

Many saw this year’s election as the mother of all midterms. Enough of America’s voters passed this test by showing that they could differentiate between Republican candidates who believed in democracy and those who did not. In that sense, Biden has redeemed his promise. He said he would be America’s bridge to normality after Trump and that is what he has done.