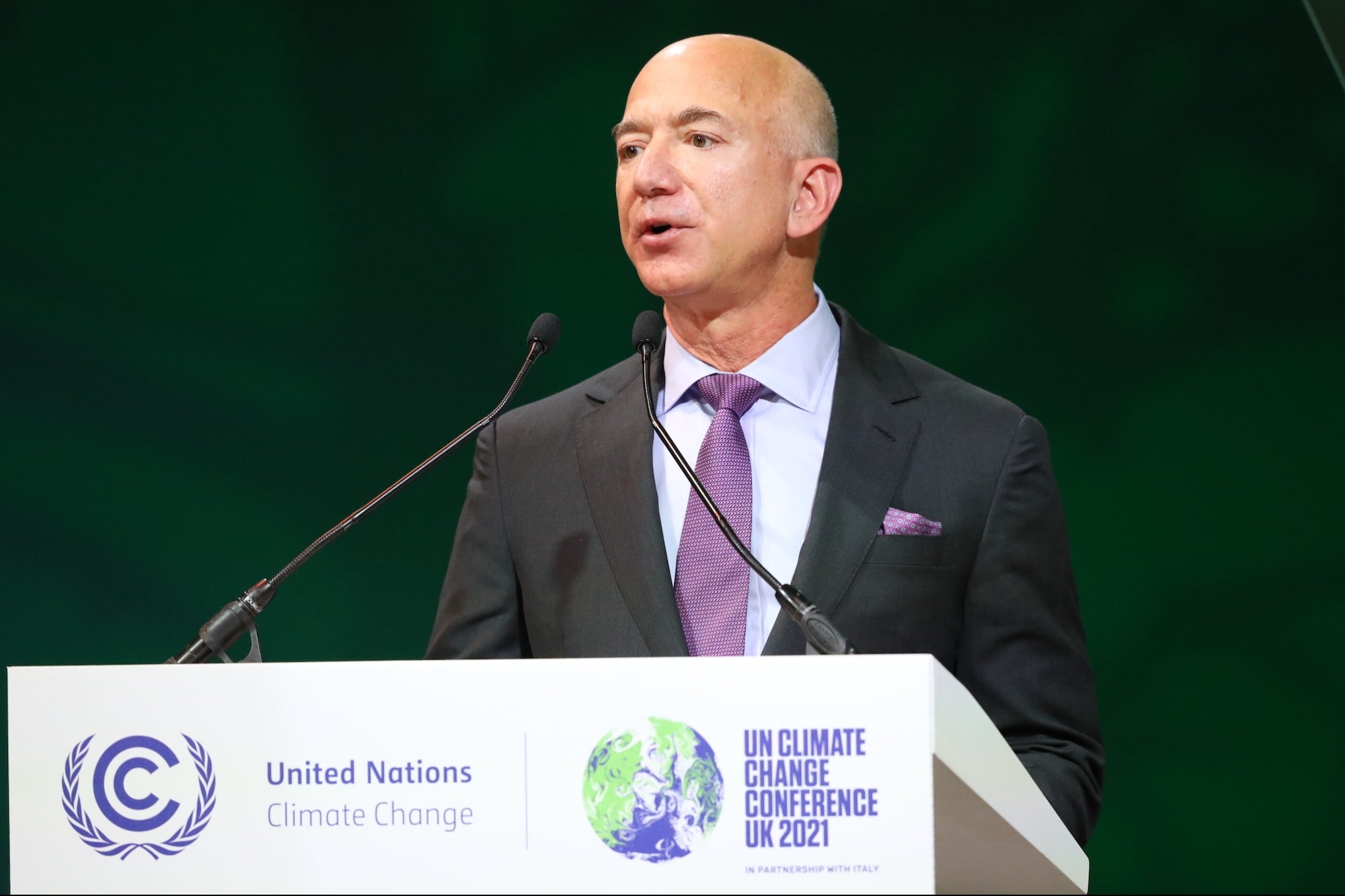 Amazon founder Jeff Bezos announced on Tuesday that he will donate $123 million to combat homelessness in America.

The donation will take the form of 40 grants, which are part of Bezos’ commitment to the Bezos Day 1 Families Fund. Bezos intends to donate $2 billion to organizations that assist those facing homelessness and provide systems for stability in low-income communities through the fund. The Day 1 Fund was founded in 2018 and has donated more than $500 million in grants since its inception.

But Bezos has even broader intentions for his wealth beyond the fund. In an interview with CNN, the billionaire shared that he intends to give away a majority of his $124 billion net worth during his lifetime, focusing on climate change and those facing social and political divides.

Related: Jeff Bezos Plans to Give Away the Bulk of His Fortune, New Grant of $100 Million to Dolly Parton

The interview also addressed how Bezos was formerly criticized for not signing the Giving Pledge, an agreement signed by the world’s wealthiest people to donate more than half of their fortunes to charity. However, Bezos told CNN that it’s less a question of if he will give his money away and more of a question of how.

“The hard part is figuring out how to do it in a levered way,” he told the outlet. “It’s not easy. Building Amazon was not easy. It took a lot of hard work, a bunch of very smart teammates, hard-working teammates, and I’m finding — and I think Lauren is finding the same thing — that charity, philanthropy, is very similar.”

Bezos’ most recent Day 1 Fund grants are the largest sum donated thus far, with the previous four years averaging about $99 million in donations.

Related: I Analyzed All 48,000 Words of Jeff Bezos’ Amazon Shareholder Letters. The Visionary Billionaire Does 8 Impressive Things That Prove He’s a Master of Written Communication.

Jump 7 Years Ahead of People

5 Ways to Build Courage and Competence for Difficult Conversations