It is time for the Republicans to drop Trump and Trumpism 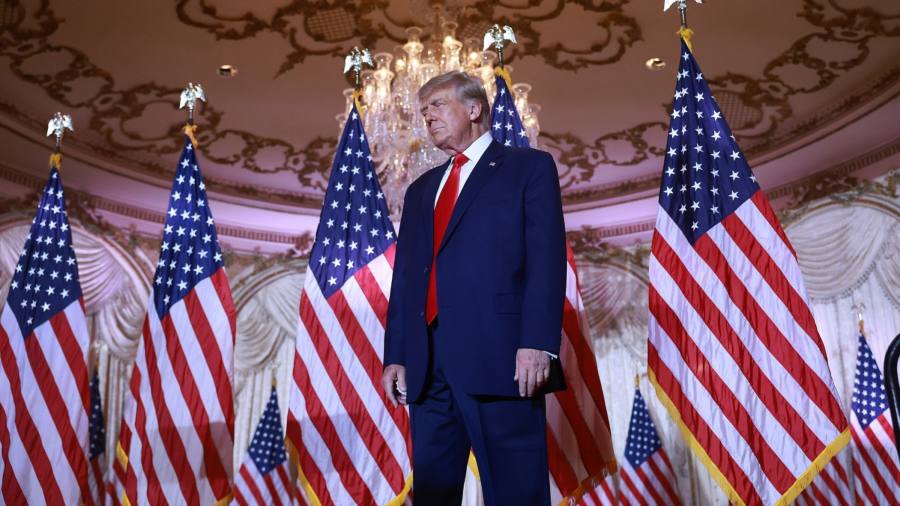 Donald Trump had expected to be surfing a red wave of Republican success in the midterm elections — including by his own handpicked candidates — when he launched his 2024 presidential bid. Things did not work out that way. The GOP had a bad midterms, thanks in part to the flame-out of Trumpian candidates. The launch of Trump 2024 notably lacked the swagger with which he swept down a golden escalator to unveil his 2016 bid. Moderate Republicans and business backers now have an opportunity to rid the GOP of him and his nefarious influence. They should grasp it.

The former president has proved he is a danger to US democracy. The House January 6 committee has presented persuasive evidence of a broad-ranging plan by Trump and allies to overturn the 2020 election results by whatever means, including violence. Trump opposes most of the principles that made America such a vital force in the world.

There are now other compelling pragmatic reasons for the party to move beyond a candidate who is no longer a winner. Republicans had a chance to drop Trump after the January 6 assault on the Capitol. Many opted for a Faustian pact with Trumpism because they thought he was the ticket to victory. They assumed that fealty to a man with an iron grip on the GOP was the only way to unlock support or funding. Growing evidence now suggests Trump is an electoral liability.

Not only did he lose the 2020 election. In last week’s midterms, Trumpian candidates lost nearly all the key Senate or gubernatorial races they contested. In the most competitive House districts Trump-backed candidates underperformed and non-Trump candidates overperformed expectations based on recent voting patterns. If Trump’s shadow contributes to the Democratic incumbent winning next month’s Georgia Senate run-off then, improbably, the Democrats will have gained a net seat in the upper chamber.

Though Trump is still popular among the Republican base, it is often the more independent voters’ behaviour that decides elections. Polling suggests independents broke for Democrats over Republicans in the midterms by 4 percentage points nationally — and by more in important battleground states.

It is possible that Trump is motivated to stand not entirely by a belief he can win, but in part to protect himself against possible indictments stemming from various federal and state investigations. Declaring candidacy provides no shelter from the law, however, and should be no deterrent to prosecutors if they believe they have a watertight case.

Yet if the future of American democracy was, alongside inflation and crime, a key midterm voter concern, exit polling suggests another was the restriction of women’s abortion rights. This is an issue linked not just to Trump but to the GOP’s broader swing to hardline conservatism in recent decades. It is not only Trump that Republicans should ditch. They have to move on from positions that drive away many women, young people and centrist voters.

A basic test for GOP candidates must be to pledge respect for the electoral process and its results. But candidates from all shades of Republican opinion should be encouraged to throw their hats into the ring to stimulate a debate over what their party stands for. Senior party figures and donors, too, should think hard about how their choices helped to lead America down the Trumpian path, with all the damaging consequences that entailed. The Blackstone founder Stephen Schwarzman’s decision to drop support for Trump and back a candidate from the “new generation” is a telling sign of the times. Others should follow.