France and Germany to fire up stalled fighter jet project 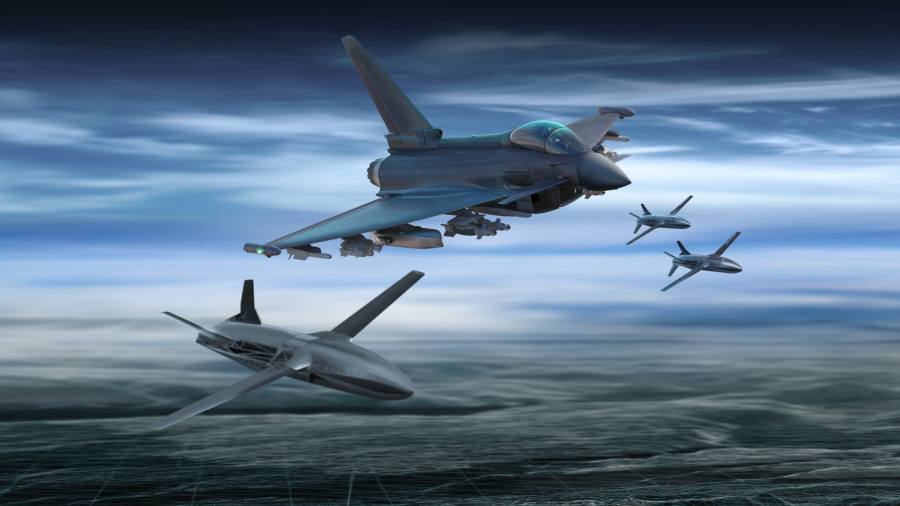 France and Germany are ready to move to the next phase of their flagship fighter jet project, rekindling Europe’s largest weapons programme and removing a key irritant in their bilateral relationship.

The two countries and two of the main companies involved, Airbus and Dassault Aviation, are close to formally advancing to a crucial stage of the Future Combat Air System project, during which the demonstrator jet will be built, according to people familiar with the matter. A deal could be reached in the coming days, said two of the people, who spoke under condition of anonymity because there are still outstanding issues.

About €3.8bn had been earmarked for this next phase — dubbed “Phase 1b” — and a deadline set for the end of last year. But talks stalled after disagreements over intellectual property sharing between the companies, how work would be divided, and over the jet’s specifications.

Further complicating matters were recent tensions between France and Germany, which burst into the open in October when a joint meeting of the French and German cabinets was postponed.

The two countries have found themselves at odds over everything from a proposal for an EU-wide cap on the price of gas to gas pipelines and emergency aid programmes for people and companies hit by the energy crisis.

Speaking in Berlin on Monday as head of Germany’s aerospace association, Mike Schoellhorn, chief of Airbus defence and space, signalled the next phase of FCAS was on a surer footing. “France and Germany are each convinced of the importance of FCAS,” he said. “There is no alternative, it must work.”

Launched by Berlin and Paris to great fanfare in 2017 and later joined by Madrid, FCAS is Europe’s biggest defence project. It was designed to enhance the continent’s strategic autonomy, strengthen political and military ties between its biggest economies and breathe new life into the European aerospace industry.

A French parliamentary report in 2020 put estimated development costs to 2030 at €8bn, but cited external analyst forecasts of up to €80bn.

However, concerns among military and political officials that the project might never take off deepened because of wrangling between Airbus, which represents Germany in the project, and rival Dassault. There were battles over technology sharing and who would lead critical parts of the programme.

There has also been frustration about the inability of the French and German governments to break the industrial logjam. “It’s Europe’s biggest weapons project and yet the lack of any political flanking for it is just amateurish,” said Christian Mölling, a defence analyst with the German Council on Foreign Relations.

Paris was also alarmed at Germany’s decision in March to buy 35 American-made F-35 fighter jets, fearing it meant Berlin was cooling on FCAS or wanted to slow the development timeline. Germany argued that the F-35s were urgently needed to ensure its continued role in Nato’s system of nuclear sharing.

FCAS was conceived to include a next-generation jet that is designed to work seamlessly with drones and be fitted with advanced communications systems. If finalised, it could replace the fighter jets flown by European air forces, such as the Eurofighter, Germany’s Tornado, and France’s Rafale.

Airbus and Dassault converged on the bare bones of an agreement just over two weeks ago, with each company making concessions, people familiar with the discussions said. Dassault has been the lead contractor for the demonstrator from the outset, but Airbus contested some of the fine print over the assignment of roles. Dassault and Airbus declined to comment on the details of the discussions.

The agreement salvages FCAS, although only for the prototype phase. The delays mean that delivery of a jet for 2040 is unlikely to be met. Dassault chief executive Eric Trappier has warned that 2050 would be more realistic.

Such a delay might disadvantage FCAS in the race against a competing project, Tempest, which is developed by the UK and Italy with companies including BAE Systems and the UK arm of Italy’s Leonardo. Talks are continuing with Japan over whether to integrate its F-X fighter jet programme with Tempest.