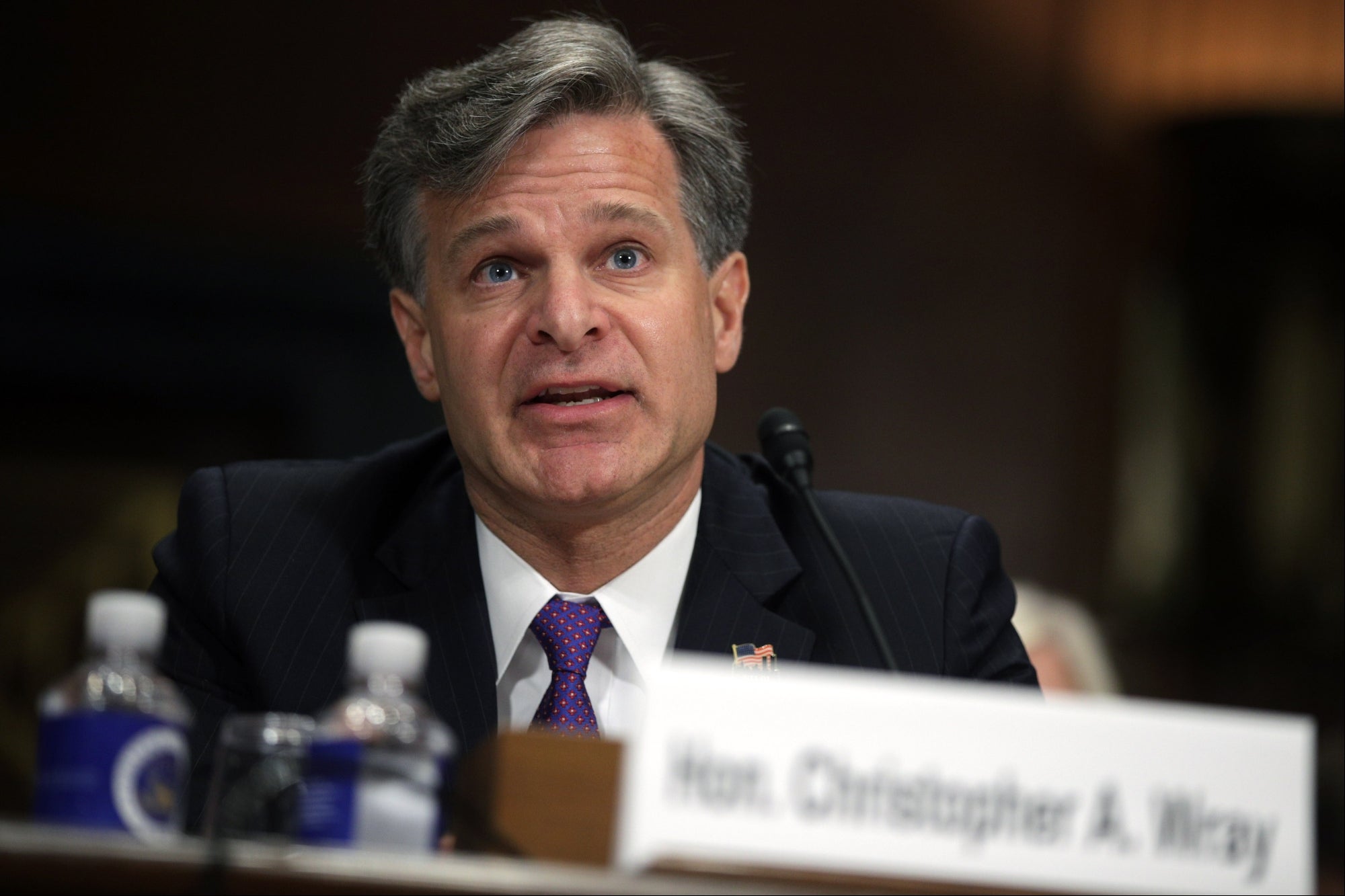 The Federal Bureau of Investigation is “extremely concerned” about the possibility of China-owned TikTok handing over U.S user data to the country’s government.

Director of the bureau Christopher Wray told lawmakers as much while testifying at a House Committee on Homeland Security meeting Tuesday related to “worldwide threats to the homeland,” per CNBC.

TikTok is owned by Bejing-based ByteDance, and whether or not (and how) its staff in China can access data on U.S. users has been the subject of much discussion, as well as news reports that the company can track the location of certain people in the U.S., which it has denied.

TikTok is currently in negotiations with Committee on Foreign Investment, which regulates foreign investment in the U.S. on how TikTok could work in the country. While technically private discussions, Bloomberg reported in September that talks related to the company’s status in the U.S. had stalled at one point and that the plan could involve extra rules limiting the storage of U.S. data, citing unnamed sources.

TikTok said in September 2021 it has over a billion monthly active users, and its popularity has spooked competitors into pivoting to short-form video. In the U.S., it has launched the careers of entrepreneurs and a new wave of content creators and driven the proliferation of everything from feta pasta to bad resume hacks.

Related: TikTok Is Doling Out Age-Old Resume Advice. This Former Microsoft Recruiter Says You Should Ignore It

The discussion over TikTok and its connection to China’s communist government, with whom the U.S. has a tricky relationship, has been ongoing for years, notably back to when former President Donald Trump called for banning it. The discussions have also escalated of late, with Senator Marco Rubio and Representative Mike Gallagher last week calling for a ban on the app in the U.S.

Wray discussed some of these issues during his testimony. “We do have national security concerns at least from the FBI’s end about TikTok,” he said.

“They include the possibility that the Chinese government could use it to control data collection on millions of users. Or control the recommendation algorithm, which could be used for influence operations if they so chose. Or to control software on millions of devices, which gives it opportunity to potentially technically compromise personal devices,” he said, per CNBC.

He also said he could hold a classified briefing with lawmakers on concerns about the app.

Echoing language from previous statements, TikTok told Entrepreneur via email that “as Director Wray specified in his remarks, the FBI’s input is being considered as part of our ongoing negotiations with the U.S. Government.”

“While we can’t comment on the specifics of those confidential discussions, we are confident that we are on a path to fully satisfy all reasonable U.S. national security concerns,” the company added.

A mass power outage in North Carolina is being investigated as a ‘criminal occurrence,’ authorities say