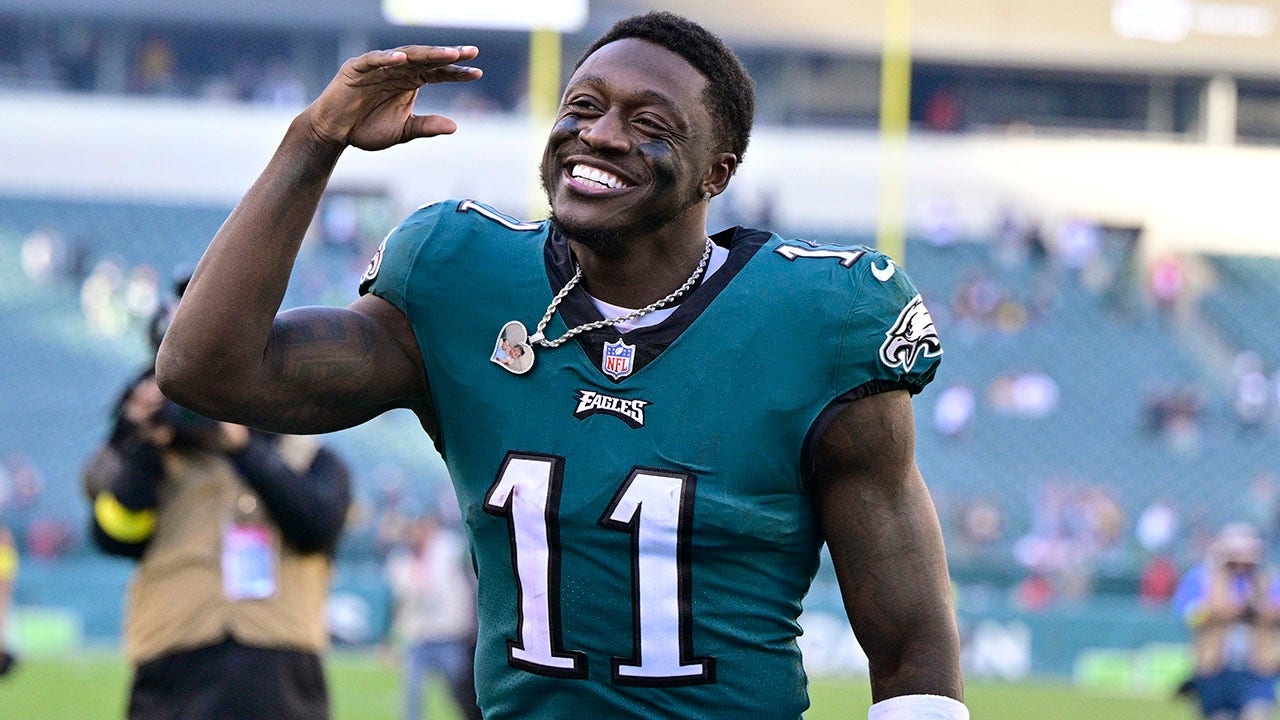 Brown, who the Titans traded to the Eagles back in April, joined the rest of the NFL world to offer commentary about the game on Twitter.

At one point in the game, the NBC broadcast showed a graphic that Brown had 43 catches for 718 yards this season, as Tennessee’s two top receivers, Robert Woods and Nick Westbrook-Ikhine had a combined 51 catches for 658 yards and a touchdown.

“Ain’t nobody open,” he wrote as fans watched Titans rookie quarterback Malik Willis kept throwing the ball away to avoid the sack.

Brown would later delete the tweets. But social media kept the receipts.

Through four quarters and an overtime possession, Willis only had 80 passing yards on 16 attempts. He only had five completions the entire night.

Brown has proved to be the difference-maker for the Eagles this season. He has helped the team to an 8-0 start after Thursday night’s win over the Houston Texans. He had four catches for 59 yards and a touchdown in the 29-17 win.

The Titans’ offense has primarily been worked around running back Derrick Henry. He came into the game against the Chiefs with four consecutive games of 100 or more rushing yards. He had 219 yards in a 17-10 win over the Texans in Week 8.