Doctor Hunt tends to an economy in intensive care 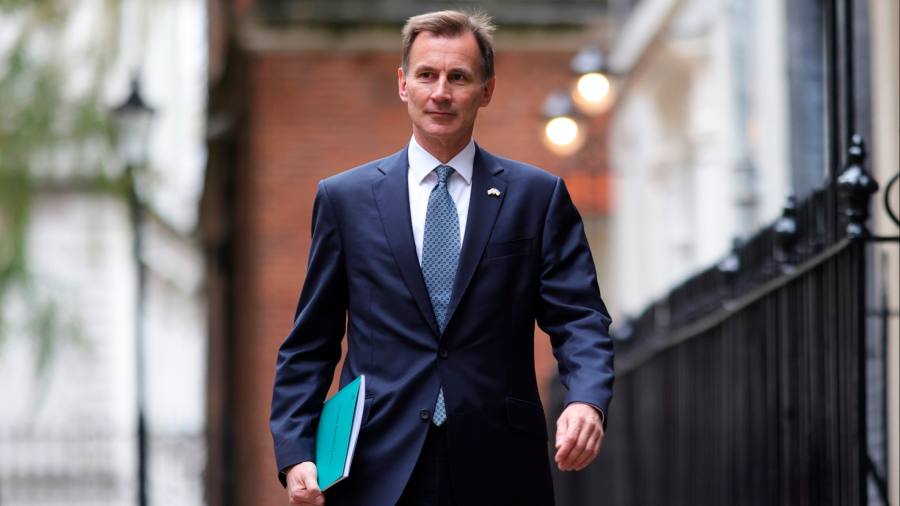 The patient was sick. Very sick. Possibly dead. Yes, she had arrived at the hospital in September with only a sprained ankle. But now she was in intensive care. Medical science moves so fast these days. No time to explain what had gone wrong, or where those rather confident doctors had disappeared to.

What mattered was that Jeremy Hunt was in charge now. You could trust him because he was grey and familiar, like a cobweb in a filing cabinet. Hunt would never dream of killing anyone, although if you listened to him too long, you might die of boredom.

The basic mood in the House of Commons on Thursday was one of a hospital waiting room where a medic deigns to inform anxious relatives. Hunt delivered his so-called Autumn Statement, grave but fluent, with a promise to be “compassionate”. Like an experienced consultant, he never entirely shook the impression that he was more interested in sounding clever than in being helpful, or indeed that his mental focus was actually on who was coming for dinner tomorrow evening.

Clearly, the prognosis was not ideal. Britain was probably already in recession, inflation was projected at 7.4 per cent in 2023, disposable incomes would fall 7 per cent over two years. The country was running large deficits, it hadn’t built any nuclear power stations, it had insulated fewer homes than are rented out by the average Conservative backbencher. The important thing was that none of this was Hunt’s fault.

A few readers may recall the now chancellor’s leadership campaign, just four months ago, where he promised to cut the rate of corporation tax to 15 per cent, the lowest allowed under international agreements. But that was several lifetimes ago. November’s Jeremy Hunt wouldn’t dream of such recklessness. Corporation tax was going up to 25 per cent as planned. The top rate of income tax wouldn’t be abolished: instead, more people would pay it!

The good doctor preferred to administer further tax rises under anaesthetic. By freezing income tax bands, he ensured that more people would be sucked into paying more. They wouldn’t feel a thing. The overall squeeze of spending cuts and tax rises was £55bn, enough to organise a third of a World Cup in Qatar.

This was the responsible thing to do. “As Conservatives, we do not leave our debts to the next generation,” Hunt said, a few minutes before — erm — protecting the triple lock on pensions. “We will face into the storm,” he intoned, a notable downgrade on Liz Truss’s promise in her first speech as prime minister to “ride out the storm.”

Gone was the bombast of Kwasi Kwarteng’s September “mini” Budget, but there was still enough boosterism to fill a bingo card of British exceptionalism. The UK would use its “Brexit freedoms”. It would be “the world’s next Silicon Valley”. The NHS would have “Scandinavian quality alongside Singaporean efficiency” — presumably with North Korean pay rises.

Was there any good concrete news? There would be an elected mayor of Suffolk, and — if the last few years of British politics are any guide — it will probably be the least suitable person for the role, namely Matt Hancock. The government would spend some money on energy efficiency, albeit in 2025. Better insulate than never.

Overall, she claimed the economic malaise was made in Downing Street, not in Moscow. Hunt was affronted. How dare she blame “a mini-Budget that was cancelled in three weeks”?

The Tory backbenches were surprisingly raucous, mostly at the mention of pension increases. Perhaps they realised that, given the opinion polls, they would hang together or hang separately. But, at one point, Boris Johnson stared at the ceiling, no doubt wondering what had happened to the Caribbean sun. His party had leapt for the stars, and ended up in the gutter. Doctor Hunt’s intervention was its hope. It probably hurts him more than it hurts us. Probably.

Yen stages comeback against the dollar

Most crypto companies will ‘crash’ after years of industry Ponzi schemes: Palantir co-founder