Bryce Harper to undergo UCL surgery; Phillies unsure if he will be ready for opening day 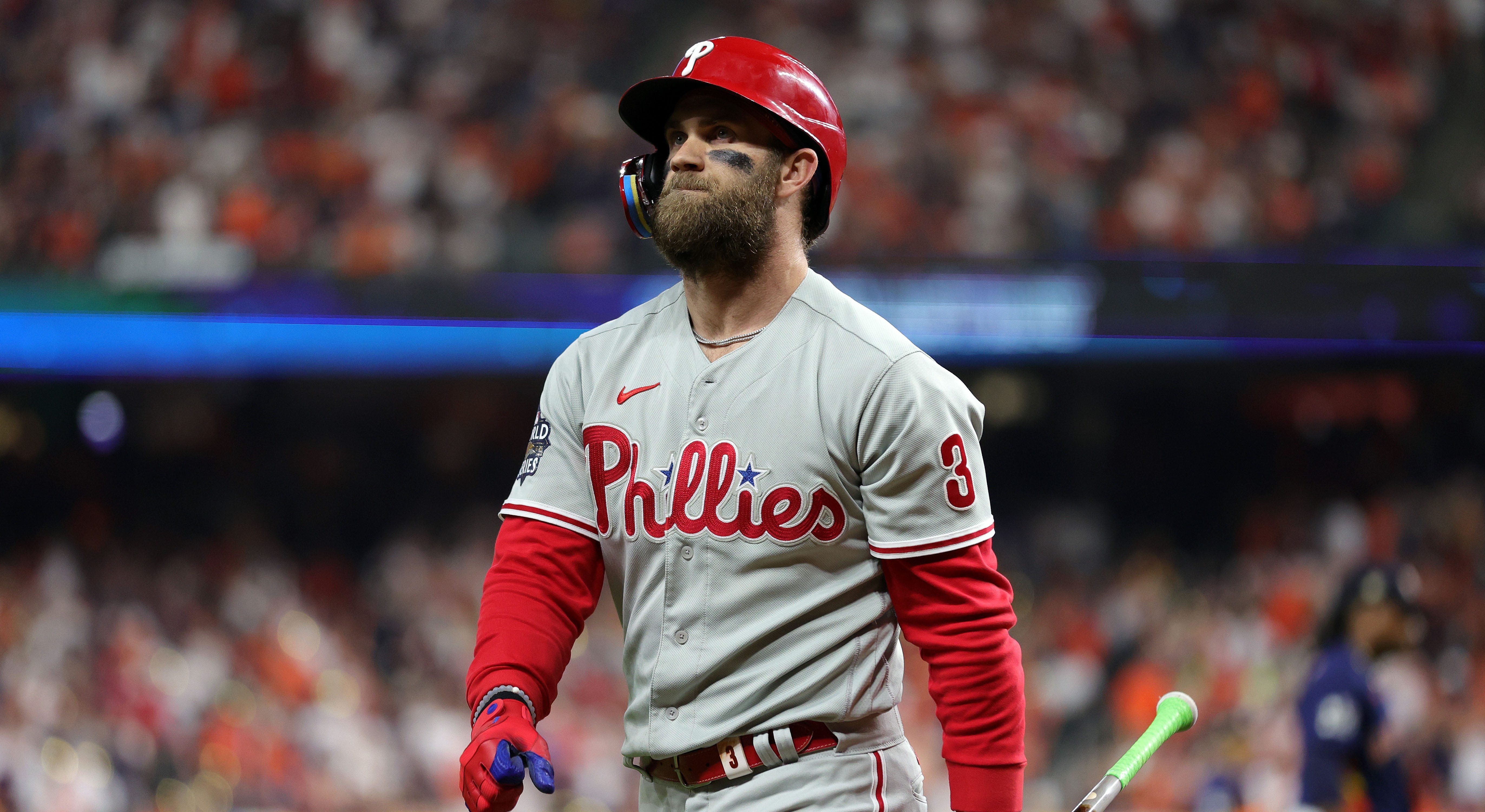 Philadelphia Phillies superstar and 2022 NLCS MVP Bryce Harper will be getting surgery to repair the UCL in his throwing arm.

Dave Dombrowski, the Phillies’ president of baseball operations, announced Wednesday Harper will undergo surgery Nov. 23 to repair the small tear he’s had since May.

Because surgery would have sidelined Harper, the Phillies decided early in the season it was best that Harper assume a permanent designated hitter role for the remainder of the season. And Harper received his seventh All-Star nod after hitting .286/.364/.514 with 18 homers and 65 RBI over 99 games in 2022.

Bryce Harper of the Philadelphia Phillies reacts after losing to the Houston Astros 3-2 in Game 5 of the 2022 World Series at Citizens Bank Park in Philadelphia Nov. 3, 2022.
(Tim Nwachukwu/Getty Images)

There are a lot of unknowns with Harper’s injury. Dombrowski didn’t reveal what kind of surgery Harper was having. Tommy John surgery is the typical remedy for a UCL tear. Dombrowski also isn’t sure if Harper will be available for the Phillies to start the 2023 season.

For pitchers, Tommy John surgery is a bit more serious because it usually knocks out a player for an entire season for recovery. However, for position players, it takes less time to recover because their roles aren’t predicated on constant throwing.

New York Yankees outfielder Aaron Hicks offers a precedent. He needed Tommy John surgery after the 2019 campaign. His initial timeline for return was 8-10 months. But, due to the COVID pandemic delaying the start to the 2020 season, Hicks was able to start the season on time and play the outfield.

Philadelphia Phillies’ Bryce Harper celebrates a two-run home run during the first inning in Game 3 of the World Series against the Houston Astros Nov. 1, 2022, in Philadelphia.
(AP Photo/Matt Slocum)

Shohei Ohtani also underwent Tommy John surgery in October 2018 and was able to start hitting in games in May 2019. So there’s a chance Harper returns to the Phillies in the same DH role before getting a shot at the outfield again.

Harper’s production, especially in clutch situations, did wonders for the surprising Phillies in the postseason. He hit .500/.529/1.063 with a 1.592 OPS in four games during the NLDS against the Atlanta Braves, where he hit two homers and three doubles with five RBI.

He won the NLDS MVP after going 8-for-20 (.400) with two more homers, five RBIs and three doubles. His memorable go-ahead homer in Game 5 that helped send the Phillies to the World Series is folklore now in the City of Brotherly Love. The Phillies fell to the Houston Astros in six games in the World Series.

Bryce Harper of the Philadelphia Phillies reacts after striking out against the Houston Astros during the sixth inning in Game 6 of the 2022 World Series at Minute Maid Park Nov. 5, 2022, in Houston.
(Carmen Mandato/Getty Images)

The Phillies have others who can produce offensively, including Kyle Schwarber, if Harper must sit out. But there’s no doubt his presence would be missed in the lineup if his surgery delays his start to the season.

Scott Thompson is a sports writer for Fox News Digital.