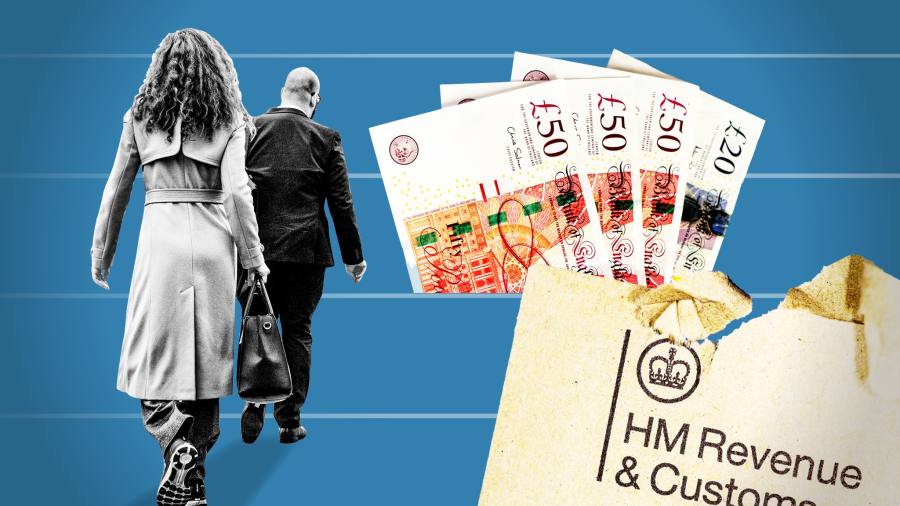 A range of stealth tax rises to help repair UK public finances was unveiled by chancellor Jeremy Hunt, who asked “more from those who have more” as the cost of living crisis deepens.

Millions of Britons will be dragged into higher tax bands as thresholds and allowances on income tax, national insurance and inheritance tax have been frozen until 2028. There were also steep cuts to tax-free allowances on capital gains and dividends.

The decision to freeze and cut thresholds comes as UK inflation hit an annual 11.1 per cent this week. Government documents said these decisions on personal taxes would raise an additional £3.5bn by 2028 — the consequence of “fiscal drag” pulling more Britons into higher tax brackets.

The Autumn Statements measures were on top of four-year tax freezes announced in then-chancellor Rishi Sunak’s March 2021 Budget. These were forecast at the time to raise £21bn, but the figure is set to be higher as inflation has outpaced expectations.

The chancellor imposed a tax rise on the highest earners by cutting the 45p income tax threshold from £150,000 to £125,140 from April 2024, a move that will put 250,000 people into the highest tax band, according to Shaun Moore, financial planning expert at Quilter.

This tax-free allowance for income tax and national insurance will remain at £12,570 until 2028, a two-year extension on a threshold freeze previously announced by then-chancellor Rishi Sunak. Similarly, the threshold for those moving into the 40 per cent higher rate of income tax remains at £50,270.

Frozen thresholds hit the “squeezed middle” hardest. Using forecasts from the Office for Budget Responsibility, investment broker AJ Bell calculated that those earning £50,000, and so hovering just under the current higher-rate threshold, will pay £6,570 more in income tax over the period of the tax freeze — a 14 per cent increase in their income tax bill over the period.

One of the few surprises in the chancellor’s statement was the decision to cut the annual exemption to capital gains tax, which will be reduced from £12,300 to £6,000 next year, then to £3,000 from April 2024. However, Hunt stopped short of raising CGT tax rates.

The exemption reduction means that, from April 2024, those liable for CGT will pay up to £2,604 more than they do currently, according to Nimesh Shah, chief executive at tax adviser Blick Rothenberg.

Those who receive income via dividends — including small business owners and entrepreneurs as well as investors — will see their tax-free allowance squeezed, too. The dividend allowance drops from £2,000 to £1,000 next year, then to £500 from April 2024.

Laura Suter, head of personal finance at AJ Bell, calculated that the moves to cut tax-free allowances on dividends and capital gains will together generate £4.6bn for the government over the next five tax years.

However, there was some reprieve for pensioners as Hunt honoured his commitment to keep the pensions triple lock. The state pension, benefits and tax credits will rise by 10.1 per cent in April — in line with September’s inflation level.