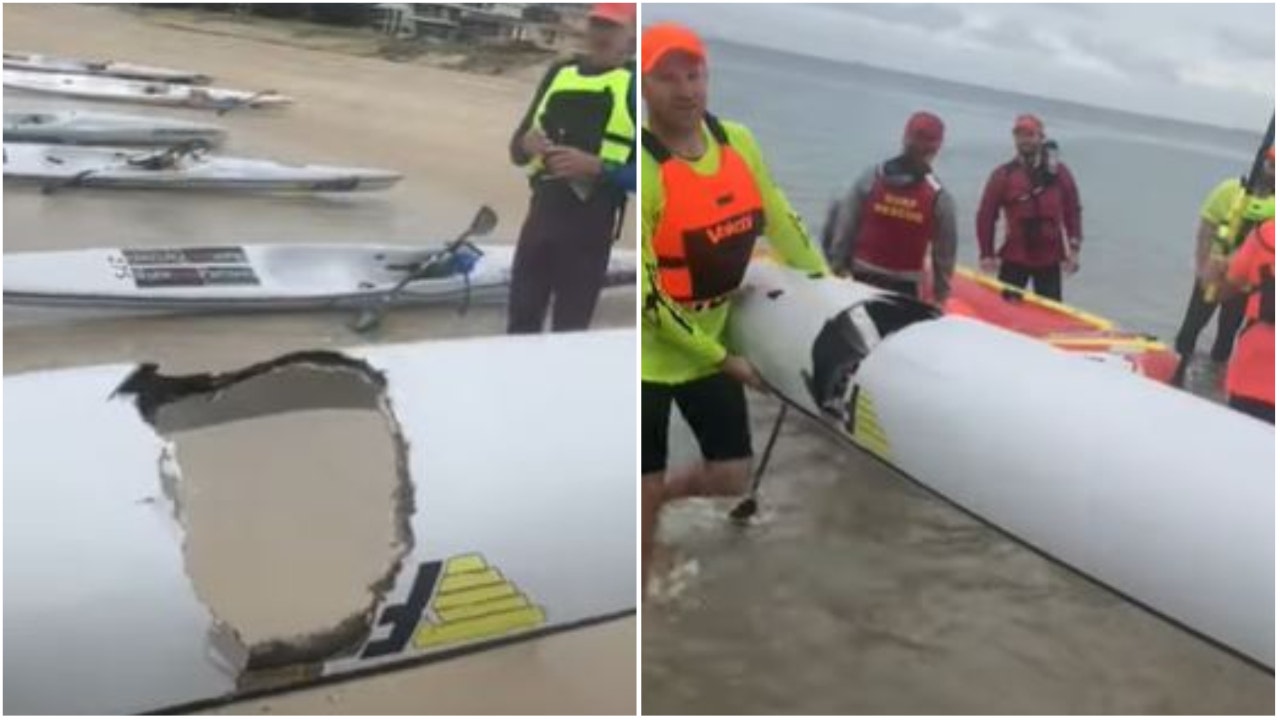 An Australian teenager survived an encounter with a shark that sent him flying into the air and left a gaping hole in the surf ski he was riding in.

Nathaniel Drummond, 19, was competing in a surf ski race in Adelaide’s Seacliff Beach last month when a shark, which he believes was a great white, took a bite out of his vessel and sent him flying into the water, The Guardian reported.

“The shark just came up and hit me from beneath,” Drummond said. “My ski just kind of lifted off the water and then next thing I knew I was in the air and I was in the water.”

Video of the attack’s aftermath shows Drummond’s torn up surf ski with a large hole where the shark bit through it.

An Australian teenager was sent flying into the water after a shark attacked his surf ski.
(Jason Nejman via Storyful)

The attack occurred just 30 seconds after the race Drummond was competing in started and happened about half a mile offshore.

Other competitors were able to pull Drummond onto their surf skis while emergency crews arrived.

Drummond was not injured in the attack and there were no shark sightings in the days following.

Australia typically records roughly 20 shark attacks per year, with most occurring in New South Wales and Western Australia, Firstpost reported, adding that two of the attacks in 2021 were fatal, along with seven that were fatal in 2020.

Andrew Mark Miller is a writer at Fox News. Find him on Twitter @andymarkmiller and email tips to AndrewMark.Miller@Fox.com.